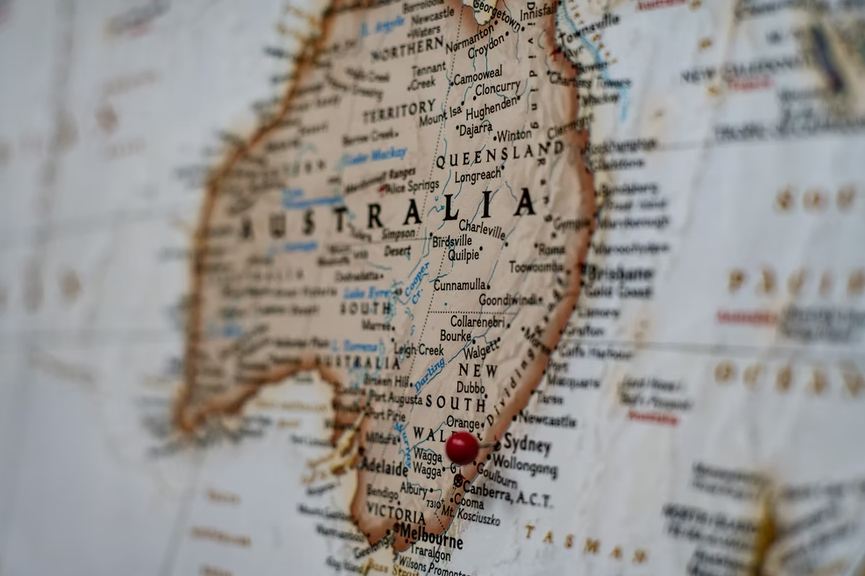 Australia is the smallest continent and the world’s sixth-largest country with an area of 7,682,300 sq. km. It lies between the Indian and Pacific Ocean, which makes it an island as well. Australia is a highly developed country, with the world’s largest economy.

Australia is also known as “the land down under” because of its position in the southern hemisphere. It is worldwide famous for its landscape and natural wonders. Moreover, the culture in the country has Australian values in which they respect the freedom and dignity of the individuals. They encourage freedom of religion and freedom of speech.

Australia has the world’s longest golf course with an area of 850 miles. The country has many open spaces, beaches, deserts, and forests. Australia is also well known because of its beautiful megacities such as Sydney, Brisbane, Melbourne, and Perth.

Let’s have a look at Australia’s biggest cities according to the area. 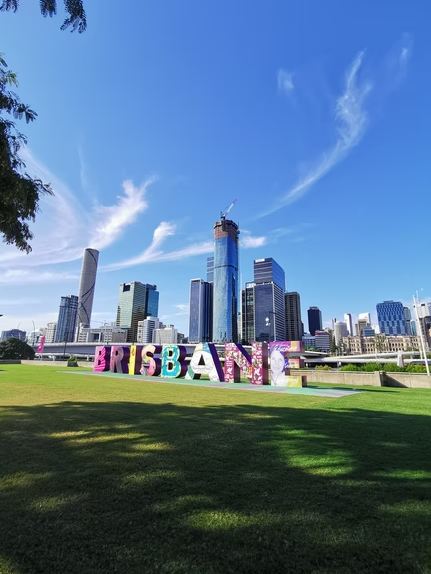 Brisbane is the biggest city in Australia with an area of around 15,826 km². It is the state capital of Queensland. It is famous for its pleasant climate throughout the year. Brisbane is also the most desirable tourist destination in the world. It has the most youthful and attractive vibes when you move around the city.

Brisbane has over 2000 green parks which have over 2500 species of plants. It is also the fastest-growing city in Australia. The culture of Brisbane brings positive vibes with locals being very friendly. The famous landmark is the story bridge which displays its LED lighting that can be seen far away from the Brisbane River. The city has one of the best restaurants, cafes, bars, and pubs. The most famous food is potato Gnocchi and Sorbet. 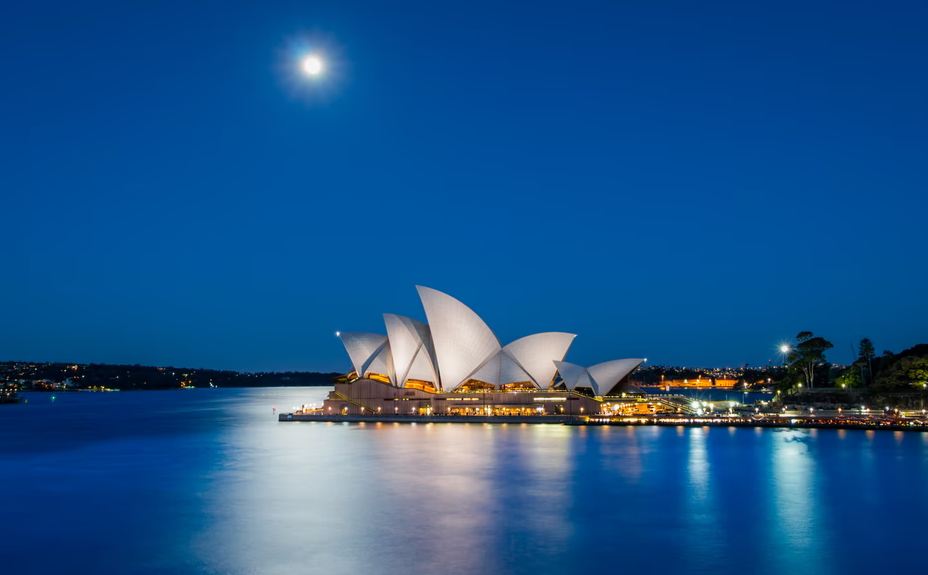 Sydney is the second-largest city in Australia with an area of 12,368 km². It is the capital city of new South Wales, and is considered to be the most populous city in Australia. It is famous for the most iconic landmark called the Opera house. Sydney is among the most expensive cities in the world to live in.  The city is blessed with dozen of eye-catching beaches which makes it more attractive for the tourist.

Sydney witnesses exceptional autumn and spring which makes the whole vibe vibrant and healthy.  It is the country’s central hub where you can meet people from numerous other countries, religions, and backgrounds. The city has a very welcoming nature, so there are always fun-filled events going on around the year. Sydney witnesses the most amazing firework on New Year’s Eve, called as the most stunning view across the harbour by the tourists. 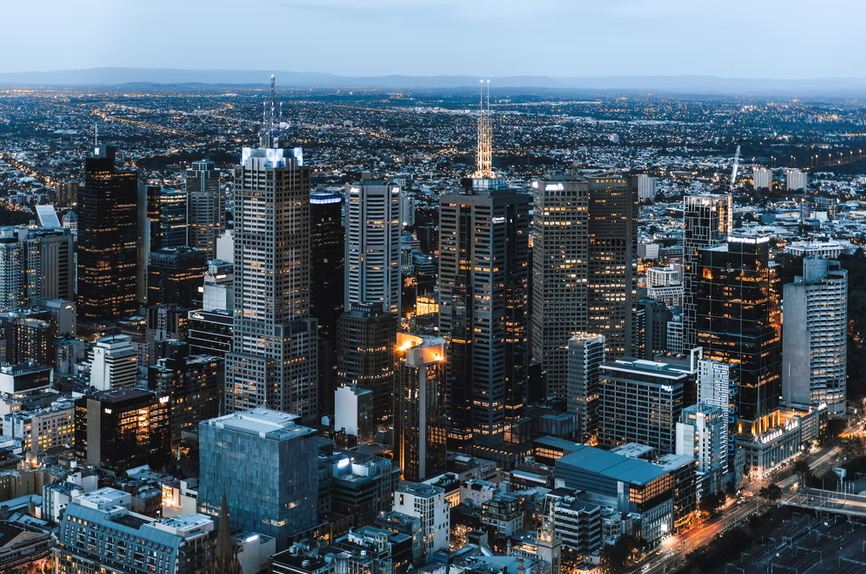 Melbourne is the third biggest city in Australia, sharing a land of about 9990 km². It is the most populous city of the Australian state of Victoria. It is called the cultural capital of Victoria because of its exceptional music theatres, art centres, museums. The most famous dish of Melbourne is the lamb roast which is offered by many restaurants across the city. Another amazing fact about the city is that it offers the world’s best coffee of different types.

The city has a diverse culture, because 66% of the population is comprised of locals who are born overseas. The city has the most unpredictable weather where the winters last long but when the summer comes up, it brings heatwaves and bushfires. The city’s transportation system is quite satisfactory, including the metro, trams, buses, and taxis. The national gallery of Victoria is the most famous tourist attraction in the city. 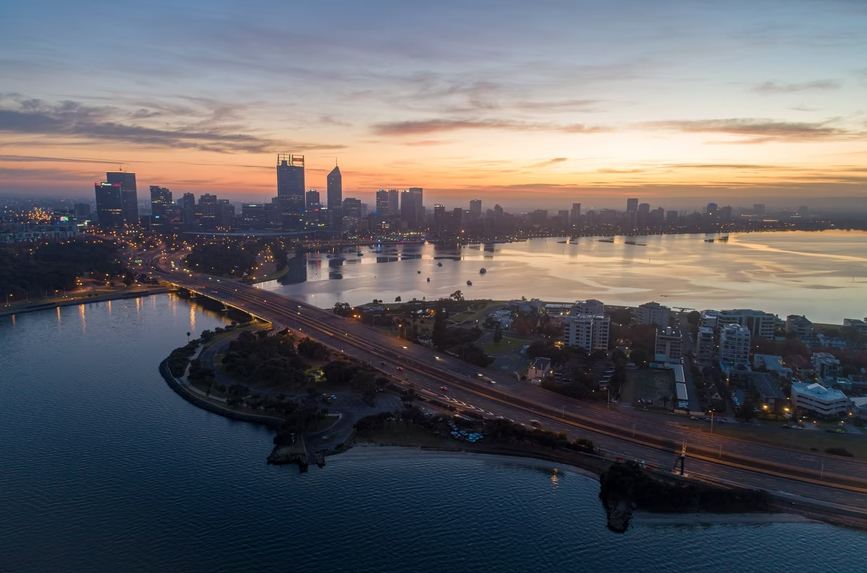 Perth is the fourth biggest city in Australia with an area of 6418 km².it is the capital of Western Australia with a population of more than 2.5 million people. The city is also called the sunniest city in the world as it enjoys more than 8 hours of sun in a day. The most beautiful part of the city is its bordering by the swan river. This river is the oldest river, that separates downtown Perth from the southern suburbs.

The city is also famous for its creative street art, fun-filled nightlife at clubs, and stunning views. The local food is affordable and great. The climate of the city allows for outdoor sports activities. Tourism in Perth adds great value to the country’s economy, millions of domestic and international tourists visit the city to witness the beauty of the city center, the coastline called Fremantle, and the calmness of river swan. 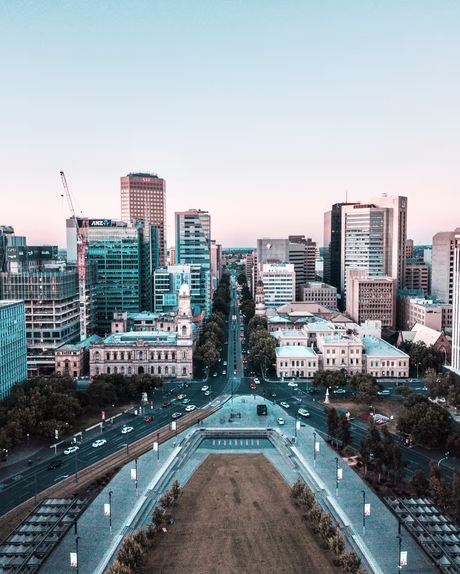 Adelaide shares a land of around 3258 km² area of Australia which makes it the 5th biggest city. It is the capital of South Australia and also the 5th most densely populated city. Adelaide is considered to be the city within the park, so the amount of greenery can be imagined.

The city has amazing breezy weather throughout the year which complements its sandy beaches.  People are more attracted to the beaches because of the welcoming and soothing vibes it gives during the sunset. The city offers a relaxed environment for opportunities, education, and employment. Adelaide has a world-class health care system and so many prestigious schools and universities. 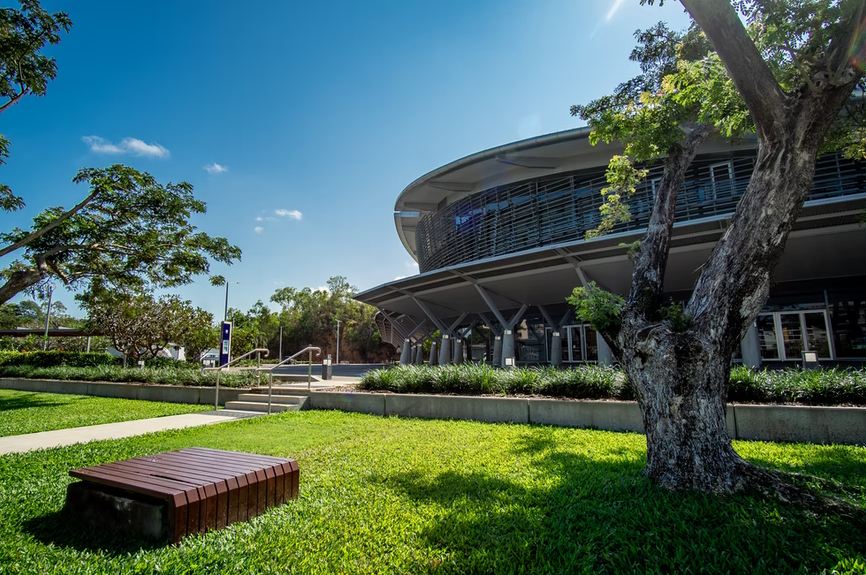 Darwin is the sixth biggest city in Australia with an area of 3164 km².  It is the capital city of the northern territory. Its estimated population is around 147000 with a mix of 60 overseas nationalities. Darwin enjoys a year-round tropical climate. The city has mix culture due to which it celebrates ethnic festivals the whole year.

Darwin has developed into a megacity with a vibrant vibe in the environment. It offers a wide variety of accommodations, restaurants, and cafes which attracts the tourist who seeks leisure. The locals are quite friendly and helpful. It can be called the service centre of many industries including mining, oil and gas production, and tourism. 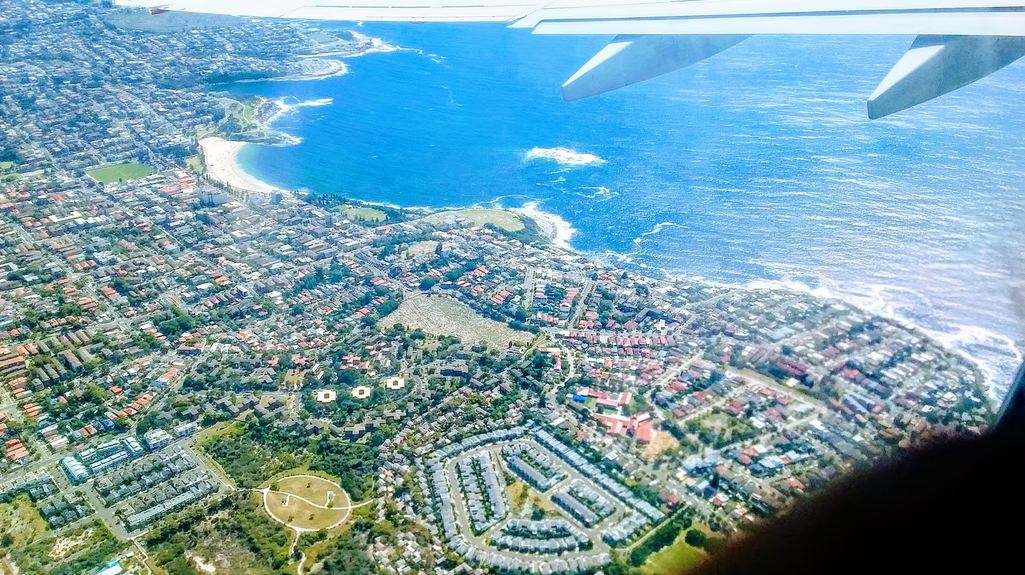 Hobart is the seventh-largest city in Australia with an area of 1696 km². It is the capital of the most famous state Tasmania. Hobart has a mild climate throughout the year. It is the central hub for the state of Tasmania in teams of tourism.

The main attractions of the city are the royal Tasmanians botanical gardens, mount wellington, and the Tasman Bridge. The locals take a staycation at the Maria Island which is 1.5 hours away from Hobart. This island is a major attraction for cyclists. Hobart has the main campus of “The University of Tasmania” and it has some major public hospitals within the centre of the city.

Australia is the ultimate tourist destination

Besides these biggest cities of Australia, many more big and small cities and towns are worth visiting. Australian wildlife is a next level exploration for tourists. You can snorkel among the fishes and admire koalas and kangaroos in their natural habitat.

If you are planning for a lifetime experience vacation, put Australia on top of the list, because it is the land of variety and a country worth visiting.