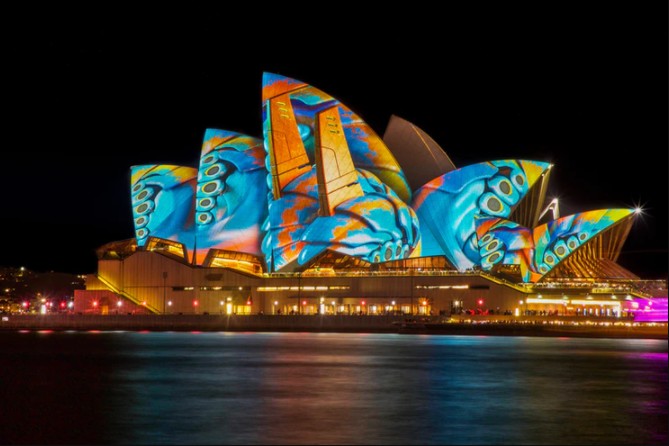 The 1960s was a unique period of innovation and social change. Although most of it took place or influenced the United States but the effects did not stop there. In fact, the changes in pop culture over the years, including music and fashion in Australia, were influenced by America and the United Kingdom. It was a time when the ‘baby boom generation had reached their teenage years and as a result, many interesting events took place.

The reason being that the baby boomers developed more radical views than their parents and questioned the authority. This also led to continuous and tremendous changes to pop culture through the 60s since the baby boomers were easily impressed by what was happening globally. So let’s take a look into how pop culture evolved in Australia through the 1960s.

It all began from Motown when Elvis Presley started making acceptable black music. As a result, the black music popped into the scene with a blues influence and a strong rhythm. This also marked the beginning of desegregation. A Detroit-based music company called Motown played a huge role in making the music acceptable to black people as it became the largest black-owned corporation in the United States. Motown had several talented artists to its names such as Marvin Gaye, the Supremes, and the legend Stevie Wonder.

Since the baby boomers wanted control over everything during the 60s, including politics, music, and fashion, the American pop culture influence also changed the way the Australians protested. Back in the 1920s and 30s, songs played an important role in the worker’s movement. Woody Guthrie, a singer-songwriter, became famous with his song “This Land is Your Land” with a subtle political message saying that everyone deserved to share an equal wealth.

Following Guthrie, Bob Dylan stepped up in 1959 and moved to New York after giving up his university. His two songs on his second album “Blowin in the wind” and “A Hard Rain’s A-Gonna Fall” shared important social and political messages as well. The first song was about creating a social change where everyone would be equal, whereas the other song was related to the stand-off between the United States and the Soviet Union.

Everyone was well-aware of the fact that surfing was very popular in California. As a result, music was made to accompany it. The first attempt was made by the Beach Boys who shot at favorite surfing locations including surfing slangs. Therefore, in 1963 the American surfing songs such as “Surfin”, “Wipeout” and “Pipeline” all hit the top spots on the Australian charts.

Australia’s second wave of rock is assumed to have begun in 1964 due to a direct impact of The Beatles. This was when the band had toured Australia for the first time. As a result, many local groups at the time that played guitar-based instrumental music recruited singers and started making the new “beat” style music. At the time, Billy Thorpe and the Aztecs, The Easybeats along with The Groops, and many more were the most famous acts.

Not only that, but Australia’s second rock wave also welcomed some incoming acts from New Zealand such as Dinah Lee and The La De Das, etc. In addition to that, many Australian singers and bands shifted to the United Kingdom, which was then called the mecca of music. However, very few bands and singers were able to gain success. Amongst them, only The Seekers enjoyed lasting success.

Apart from the music, the fashion sense also played an important role in Australia’s 1960s pop culture. Then again, thanks to the baby boomers, the styles were constantly evolving and the designers took several risks with fashion including daring designs and colorful fabrics.

One item that became an overnight success in Australia was the mini-skirts. The sixties were full of them. However, back then, the skirts were a bit shorter than the knees since the aim was to show more skin than ever seen publicly. Following the trend, Jean Shrimpton an English model wore a very controversial outfit at the 1965 Melbourne Cup. She did not wear stockings, hats, or gloves.

Even though skirts were dreaded at the time, by the end of the 60s, they had become a part of the fashion world. The sixties in Australia gave birth to iconic celebrities and as well. These celebrities were looked upon by their fans as fashion gods. This is primarily because fashion was copied from all over the world at the time. It was a time when baby boomers mostly influenced the fashion game, but the icons successfully influenced older women’s fashion.

With that being said, Leslie Hornby was a British teenage supermodel who was the fashion icon of the decade and was an inspiration for teenage girls. At the time, she could be seen on the front page of every major magazine due to her thin figure.

Following Hornby, Audrey Hepburn stepped into the spotlight as well with her style of three-quarter length pants flat shoes, and plain black shift dresses. Her beehive hairstyles were copied all over the world by women.

Although Australia’s pop culture in the sixties was short but it was certainly interesting. Part of the reason was due to the baby boomers being in the spotlight for whatever reason there might be. Since prosperity was on the rise and the boomers had more money to spend, they brought in all the influence and western tastes they could find. As a result, the pop culture of Australia in the 1960s was a direct result of what was happening in the United States and the United Kingdom.