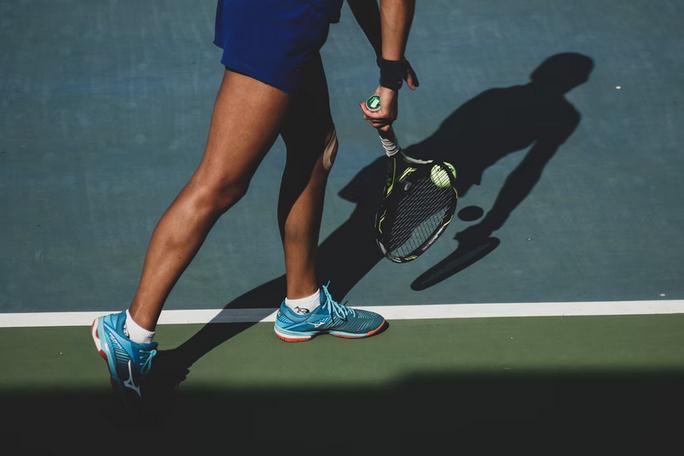 Tennis is among the popular sports in Australia as it is practiced a lot in the country. Australia hosts the first of the year’s four grand slam events. Tennis Australia manages the Australia Open, which first took place in Melbourne in 1905. The tournament was first known as the Australian Championships before changing to the Australian Open in 1969.

Australia became a tennis power in the 1950s. The Australian men won the Davis Cup 15 times between 1950 and 1967, led by great Australian players like Frank Sedgeman, Ken Rosewall, Lew Hoad, Roy Emerson, and Ashley Cooper. A former Australian player Rod Laver has achieved the Grand Slam in men’s single in 1962 and 1969. He was the only tennis player to have accomplished this feat.

Another Australian tennis player, Margaret Smith Court, also achieved the Grand Slam in Women’s single in 1970. She holds the record for women singles Grand Slam Won and is one of the only three players to win a Career Grand Slam “boxed set.” 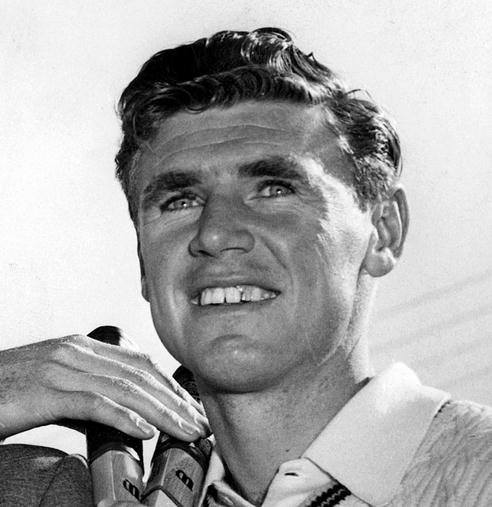 Frank Sedgman is a retired World’s Number 1 Australian Tennis player who has won 22 Grand Slams trophies in various categories. Sedgman won 16 out of 24 Grand Slams played across all types in 1951 and 1952, including the Calendar Year doubles Grand Slam in 1951.

He had lightning-fast reflexes and a muscular physique. At the time, his net was unrivaled. Sedgman was Australia’s first Wimbledon champion after WWII, ushering in the golden era of Australian tennis. He was a strong example of the serve-and-volley game.

In 1949, Frank made his first Davis Cup appearance, leading Australia to the final, where they lost 4-1 to the United States. Sedgman and his team had their sweet retribution the following year, winning the Cup by 4-1 on American soil. In 1951 and 1952, Sedgman helped Australia retain the Davis Cup, and he finished his Davis Cup career with a 25-3 record. 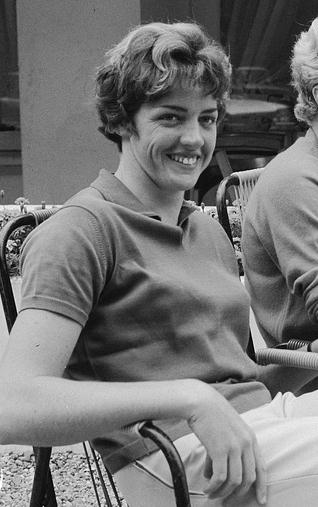 Margaret is the first player in the Open Era to win all four Grand Slam titles and complete a Career Slam. She is also the one and only woman to have ever won the Mixed Doubles Calendar Slam, which she did twice in 1963 and 1965. Her 24 Grand Slam Singles titles, 19 Women’s Double titles, and 21 Mixed double trophies record is unrivaled.

Also, her record of 24 Grand Slam Singles remains unbroken to this day. She won the record Australian Open 11 times and held the record for the most Mixed Doubles victories among active and retired women. In 1970, Court also won the Calendar Slam in singles.

Along with other players like Doris Hart and Martina Navratilova, she is among the only three players in tennis’s history to have won the “The Grand Slam Box Set.” What this means is winning every single Grand Slam tournament in singles, doubles, and mixed doubles. 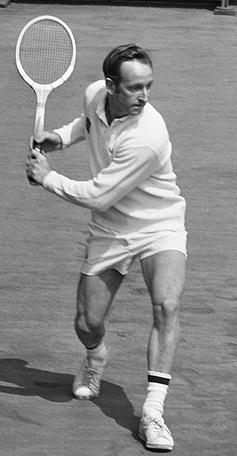 Rod Laver is a legend when it comes to tennis. He is the only player to have both a stadium and a tennis tournament named after him, and he has won the Calendar Year Slam twice, a record that is unlikely broken.

Laver was the first-ever tennis player in history to receive $1 million in prize money. He also played on five Davis Cup-winning teams. Laver was admitted into the Australian Tennis Hall of Fame in 1993 and 1981; he also entered the International Tennis Hall of Fame. 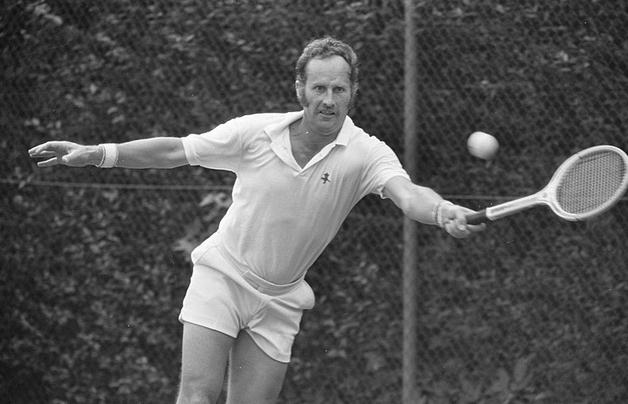 Neale Fraser was a phenomenal athlete known for his massive forehand and powerful left-handed serve. He was a Wimbledon champion and two-time US Open Champion who was unlucky not to win with the Australian Open, coming runner up in three finals. He had a match point against Rod Laver in 1960 but lost 8-6 in the fifth set.

Neale dominated the US Open in 1959 and 1960, winning the singles, doubles, and mixed titles. He was a dedicated Davis Cup player with just an 18-3 win-loss record. 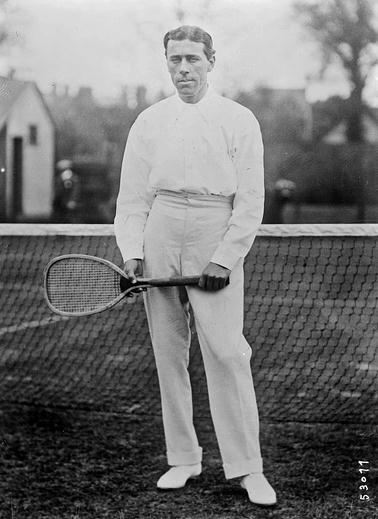 Norman Brookes, also known as “The Wizard,” was the first international player to win the renowned Wimbledon Championships in 1907. His style, a combination of solid groundstrokes and varied serving, pushed him to tremendous heights.

In 1911, Brookes won the Australian Open and the Wimbledon singles and doubles titles three years later. It was his first trip back to London since his victory at SW19 seven years before. He was also the oldest doubles champion in Australian Open history, winning the title at 47 in 1924.

After retiring, Brookes became an effective tennis administrator, serving as the Lawn Tennis Association of Australia president from 1926 to 1955. The men’s singles trophy, The Norman Brookes Challenge Cup at the Australian Open, is named after him. 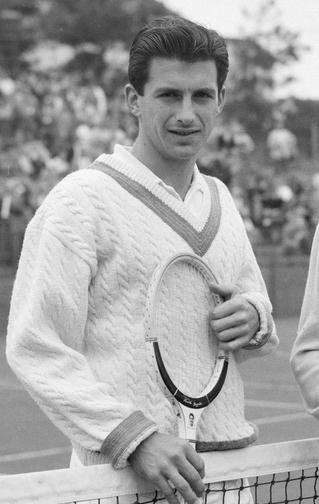 Ashley John Cooper was also a great Australian tennis player. His game was a great example of striking from the baseline while also displaying excellent net abilities. He was the only sixth man in history to win three or more Grand Slams in a single calendar year when he won all of them, saving the French Open in 1958. 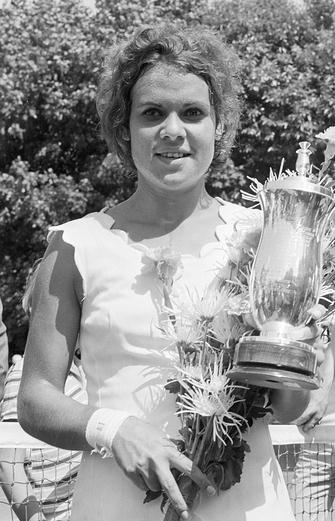 Evonne Goolagong Cawley held the spot in the top ten for nine years, and in 1976 she reached the top of the standings for a week. Between 1974 and 1977, she won four Australian Open singles titles, though not in consecutive years because she skipped the January 1977 Open and won the December 1977 event.

Evonne is commonly known as “Gong.” She retired in the mid-1980s with seven Grand Slam singles titles, 18 Grand Slam finals, and 13 major titles overall. Her beauty, delicate touch, and lightning speed on the Court were all the factors involved in her becoming such a great and formidable player.

The US Open was the only championship that the adored Australian missed, where she lost four straight finals between 1973 and 1976. She, however, did become the only second woman after Margaret Court to win Wimbledon as a mother in 1980. 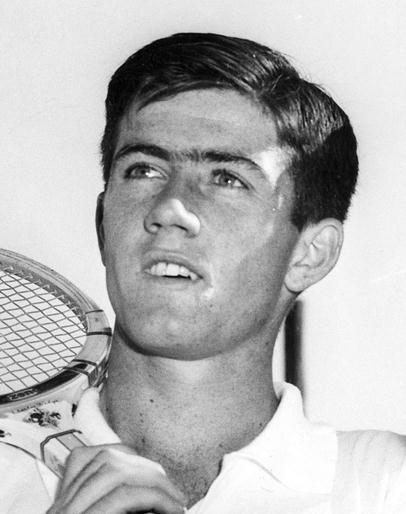 Before the Open Era in 1968, most professional players competed in Pro-Tour or Pro-Slam competitions to earn prize money, as the Grand Slam prohibited professionals from competing in their events. In this way, it is worth mentioning that Australian tennis player Ken Rosewell holds the record for most Pro-Slam titles with 15.

Ken has a total of 23 Grand Slams and Pro Slams, which puts him far ahead of any other player. Rosewell won eight Grand Slam titles in singles and nines in doubles. He won the Australian Open four times; the last he won was in 1972 at 37 years and 62 days, becoming the oldest player to win any of the four Grand Slam Championships in the Open Era.

Interestingly, Ken Rosewell holds the title of being both the youngest and the oldest winner of the Australian Open, a record which is unlikely to be broken any time soon.

Australia has given birth to several amazing tennis players, such as Margaret Court, Rod Laver, Norman Brookes, etc. These players are role models for beginner tennis players trying to learn how to play this sport professionally.