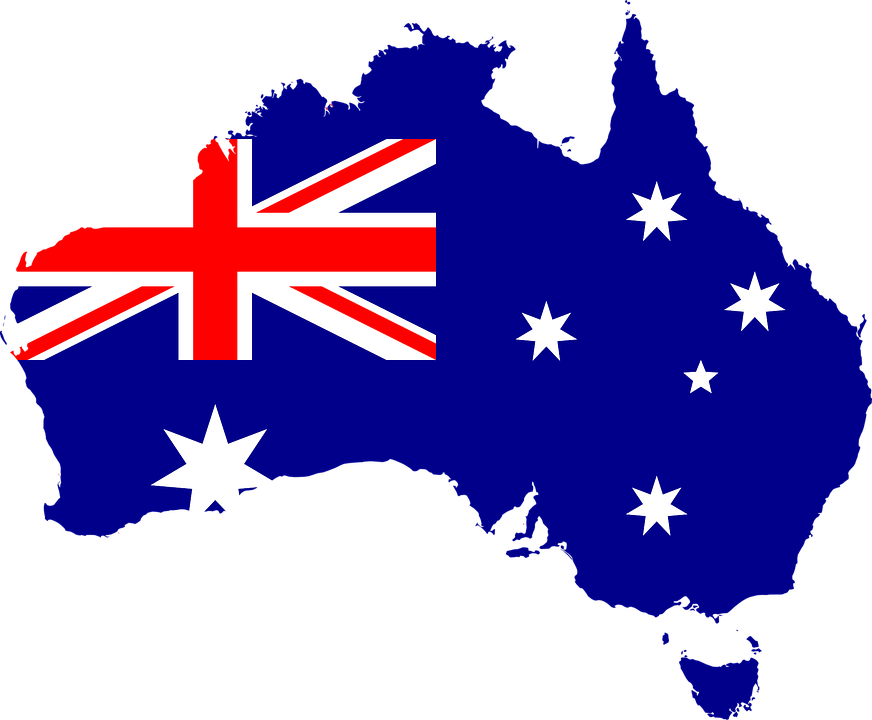 Australia is a beautiful and diverse country. The wildlife in Australia is one of the most famous worldwide, which attracts tourists from all over the world. Australia’s history is very extensive and valuable. It has had ties with the British Monarch and was under its rule for a long time till its separation.

The aboriginal people were the original settlers and first occupied the area about 50,000 years ago. Many Europeans, including the Spanish, Dutch, and English, mapped the land during the age of exploration.

Australia was still mainly unexplored till 1770 when Captain James Cook explored the east side. He marked it as a new territory acquisition for the Monarch and gave this land the name New South Wales.

The country was divided into six British colonies: New South Wales in 1788, Tasmania in 1825, Western Australia in 1829, South Australia in 1836, Victoria in 1851, and Queensland in 1859. These colonies later became to be known as Australian Commonwealth states.

A Guide to the History of Australia 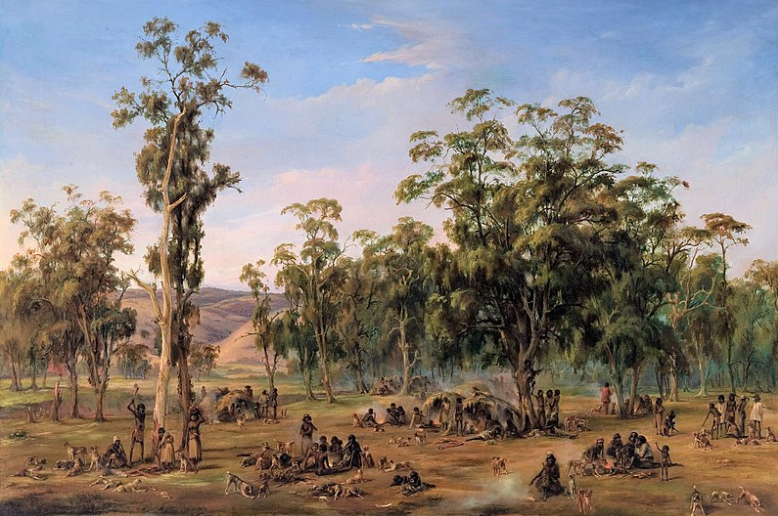 Aboriginal Australians have been present in the country for at least 50,000 years, meaning that they have the world’s most extensive cultural heritage. Before the arrival of the British, Australia had between 300,000 to one million Aboriginal people. At the arrival of the British in 1788, people used to speak 250 different languages in the country.

First Fleet and Arrival of Convicts (1788) 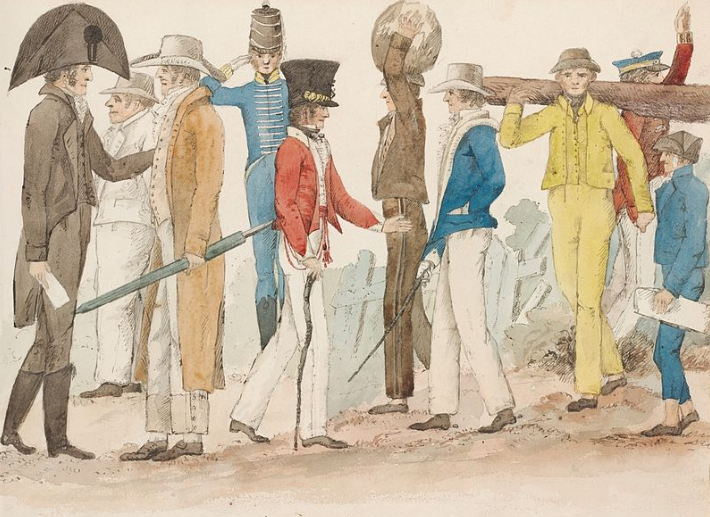 The Dutch first discovered Australia in 1606 before Captain Cook claimed it as a colony for the British Monarchy in 1770. Later on, in 1778, 11 navy ships showed up at Botany Bay to make New South Wales a penal colony.

Captain Arthur Philip established Australia’s first colony in Sydney on January 26, 1788. It was initially known as a penal colony because most of the first settlers were criminals. Instead of sending criminals to jail, Britain would sometimes send them to a penal colony.

The crimes of these people were often minor and made up to get rid of them from the mainland. Gradually less and less of the settlers were convicted felons. Some people still refer to Australia as a penal colony from time to time.

On the other hand, South Australia became a separate colony in 1836; the prisoners were subsequently sent to other states. Over 162,000 prisoners were shifted from Britain to Australia, the vast majority to New South Wales and Tasmania. 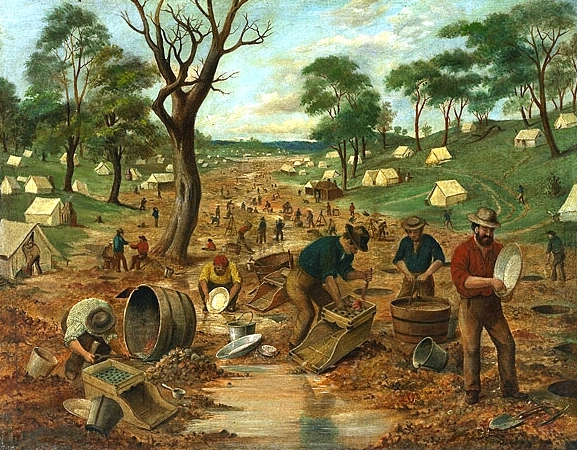 Gold’s discovery in Australia kick-started the economy and established it as a desirable place to visit and live. The Eureka Stockade concerning the mining of gold in Ballarat in 1854 was a tax-resistant revolt that some people remember as a significant event in the history of Australia’s democracy. It was also the period of Chinese immigration’s first wave, with 50,000 Chinese arriving and many Chinatowns springing up. 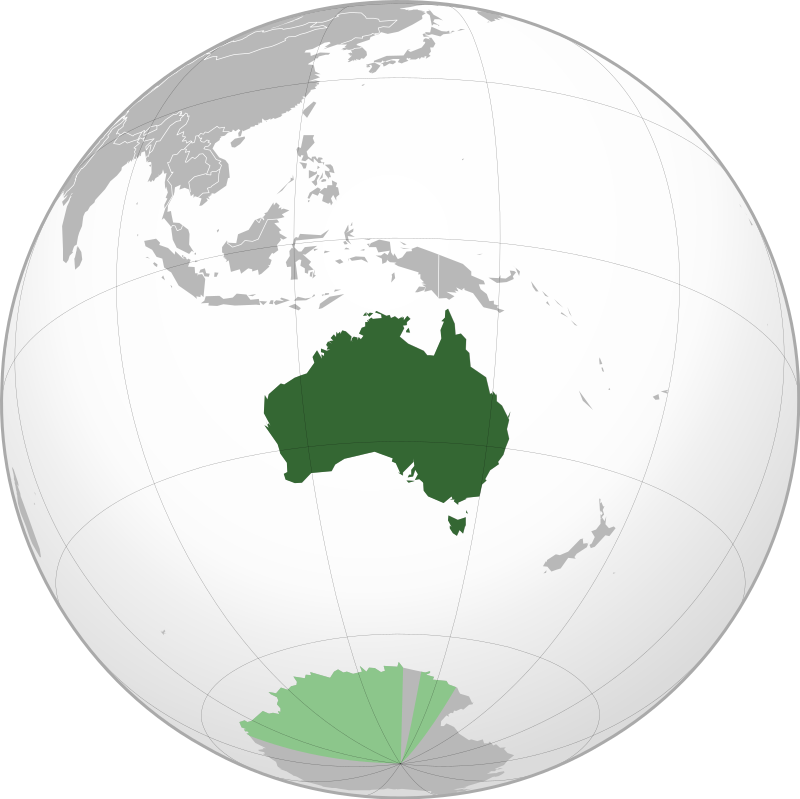 Australia’s Commonwealth came into being in 1901 with the union of all states. The federation decided that the capital should be in New South Wales but no closer than 100 kilometers from Sydney. It led to the establishment of Canberra, with an interim parliament established for 27 years in Melbourne. New Zealand and Fiji were invited to join the Union of Nations, but they both later declined. 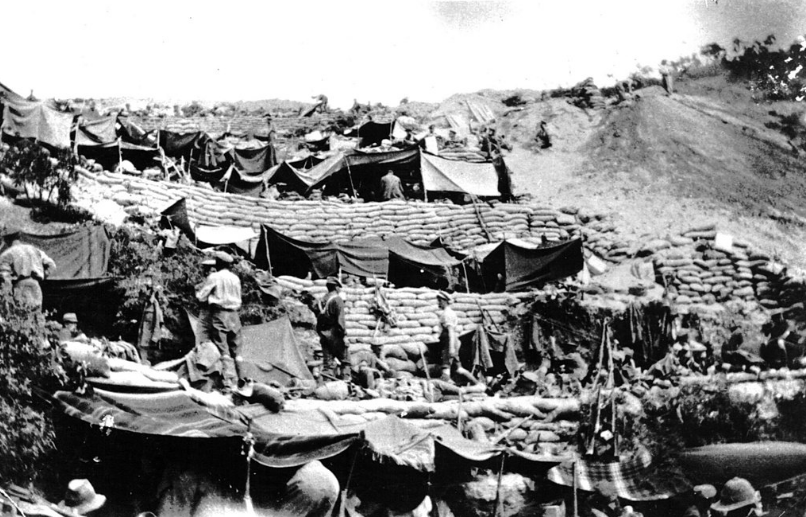 The Australian and New Zealand Anzac Corps, also known as ANZACs, participated in the battle of Gallipoli during World War I in April 1915. Despite the loss, this fight is essential in defining Australian characteristics. People celebrate ANZAC Day on April 25 as the anniversary of the first landing at Gallipoli.

On this day, Australians remember and pay tribute to both past and present sacrifices made by the Armed Forces. Almost 39% of Australia’s male population between 18 and 44 enlisted to serve in World War I. 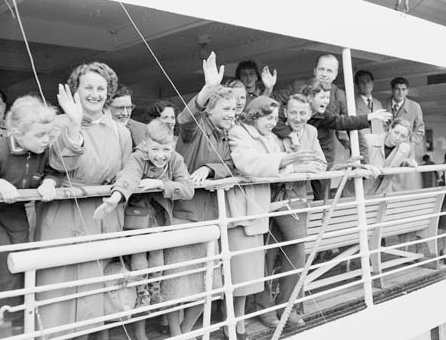 World War II’s end, followed by the Vietnam War, resulted in many refugees flooding Australia. The Snowy Mountain Scheme employed 100,000 people from 1949 to 1974, with 70% refugees from 30 different countries. But since the 1970s, there was a steady Asian migration to Australia, and people from all around the world called it home. 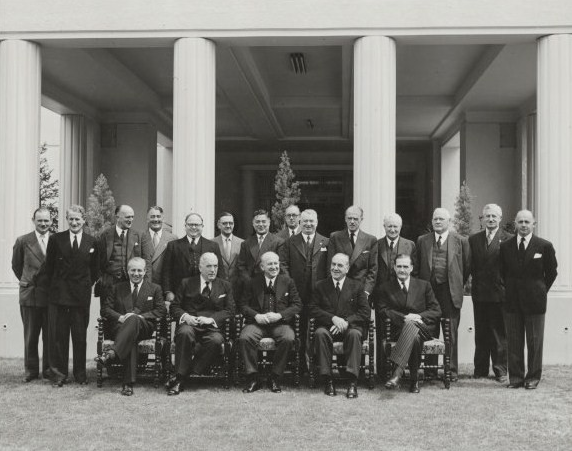 The Menzies government saw Australia as part of a “triple coalition” with the United States and Britain in the early 1950s. Initially, the Australian leadership opted for a firmly pro-British line in diplomacy while still searching for ways to include the United States in Southeast Asia.

Apart from the Korean War, the government also participated in the Malayan Emergency and hosted British nuclear tests after 1952. During the Suez Crisis, Australia was the only Commonwealth nation to assist the British

Harold Holt and the Menzies Replacement (1966) 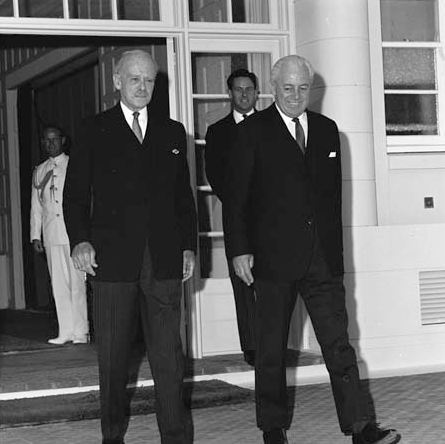 Harold Holt replaced Menzies as a liberal leader and prime minister after his retirement in January 1966. The Australian Holt government and its contribution to the growing Vietnam War were significant and oversaw the conversation to the decimal currency.

The government also witnessed the removal of British influence from Asia. It helped by visiting and hosting several Asian leaders and extending a relationship with the United States, including hosting the first visit to Australia from the American president Lyndon B. Johnson. 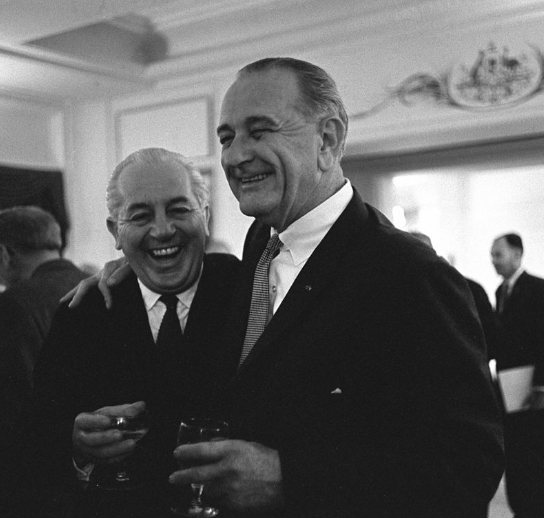 Holt won the election of 1967 with the highest parliamentary majority in 65 years. Later on, he passed away, drowning in water in December 1967, and John Gorton took his place. The Gorton government began to extend support to Vietnam. It offered arts support, equalized wages for men and women, and moved Australian trade closer to Asia. 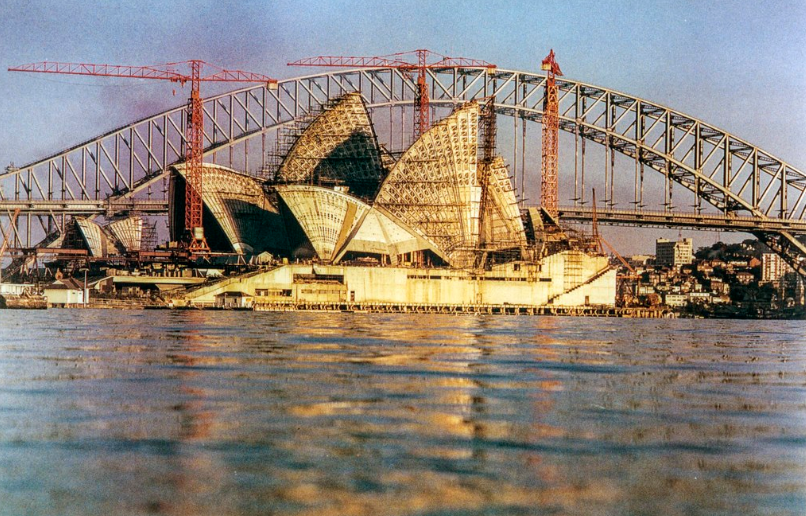 The Sydney Opera House was inaugurated for the first time for the visitors in 1973. The land on which it stands is known as Bennelong Point, which was once home to Fort Macquarie. It was built in 1817 and knocked down in 1901. The construction of the Sydney Opera House started in 1959 on the same site.

The designer of the Opera Sydney House was a Danish architect named Jørn Utzon. Since the government was not covering his invoices, Utzon stopped working on the project in February 1966. The building officially opened its doors on October 20, 1973.

The project took ten years to complete, and it ended up costing more than fourteen times its original budget. In 2001, Utzon was asked to return to the property and rebuild it to his original designs. 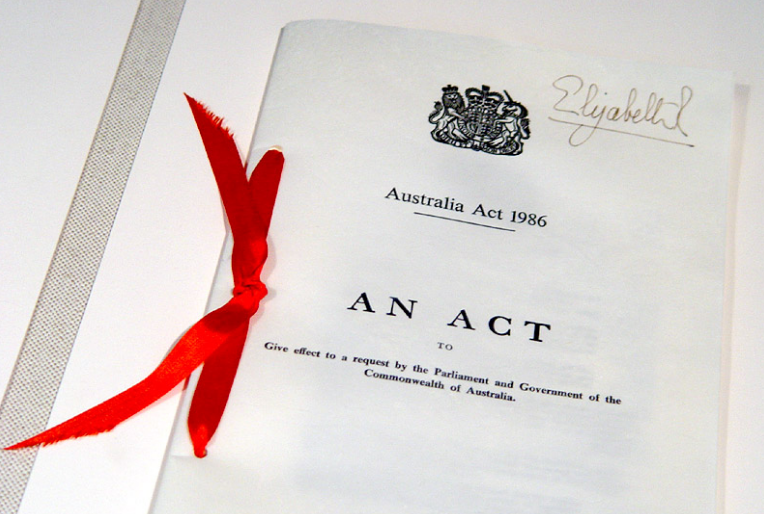 The Australia Act of 1986 ended the British Parliament’s ability to legislate in Australia as a part of the Commonwealth law, on a state or territory.

In comparison, the future law of the state would have the authority to repeal or amend an existing law of the Monarch applied to the state. State’s laws would no longer need approval from the Monarch and its reservation – a power that still exists for the Commonwealth Legislations. 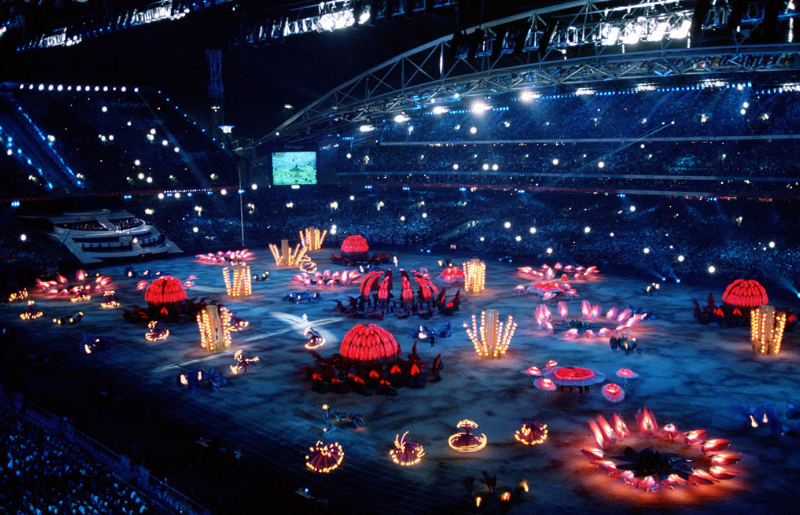 The Summer Olympics 2000, commonly known as Sydney 2000, was an international multipurpose event hosted in Sydney. It began on September 15 and lasted till October 1, 2000. It was the second time that Summer Olympics took place in Sydney and the Northern Hemisphere.

The first one was held in Melbourne, Victoria, in 1956. In 1993, Sydney was chosen as a host city for the Olympic Games in 2000. Teams from 199 different countries took part. According to an estimate, the cost of the games was 6.6 billion AUD.

The games were universally praised, with foreign press appreciating the organization, volunteers, sportsmanship, and the Australian public. Bill Bryson from The Times called the Sydney Games “one of the most successful events on the world stage, saying “they couldn’t be better.”

Australia has a long and rich history. First, it became a colony of the British Empire with various settlements all over the control of the Monarch. Later, it became fully independent, demanding its right to self-governance.

Ever since its independence, Australia has been developing rapidly and making a name for itself as one of the most desired and exciting places to live. The country holds many wild animals and opportunities for foreigners. Therefore, it would make an excellent country to visit and move to.