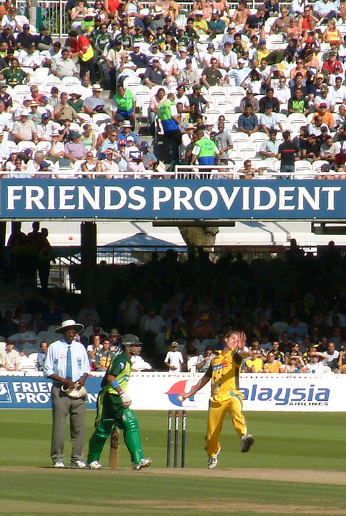 Sports is an important element of the pop culture of Australia and dates back to the early colonial period. Australia is also considered as one country that has favored the promotion and development of different types of sports by making sports grounds, stadiums, and associations that manage a particular sport. Find out other interesting facts about Australian Sports below. 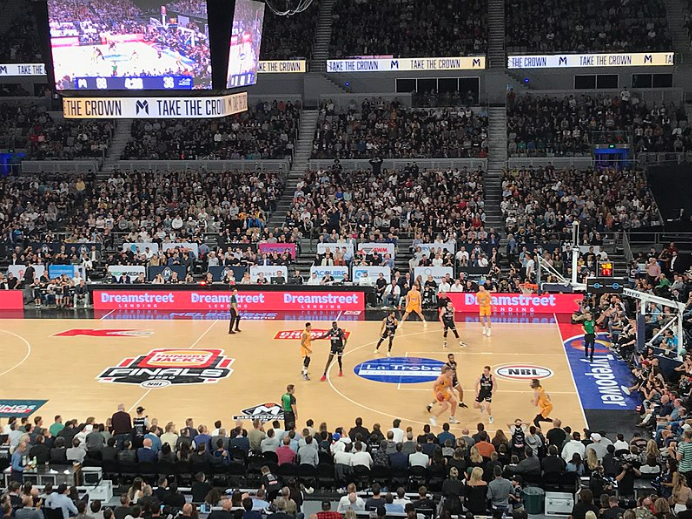 What Sports are Played in Australia?

Cricket is the National Sport of Australia and probably the favorite for most people. Other than Cricket, the sports played in Australia include Australian Rules Football, Rugby, Soccer, and Basketball. Leagues such as Australian Football League, National Rugby League, and National Basketball League manage these sports as well as arranging a series of national and international competitions too. There are many tennis fans out there as well. Sports is one of the most important parts of Australia, and we know that because Melbourne is known as the “Sporting Capital of the World” which hosts several competitions annually. 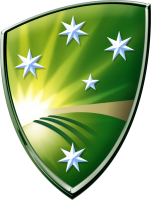 Most Australian mates are big fans of Cricket and why not, after all, the Australian Cricket Team is known as one of the top-performing ones according to the International Cricket Council. In Men’s ODI Team Rankings, Australia has 2nd Position in ICC after New Zealand. The first-ever Test match was also played by the National Cricket Team of Australia.

For a long time, the Ashes series has been played between England and Australia which led to the further development of cricket all over the world. In fact, Australia and England have been bottleneck competitors when it comes to Cricket. The first-ever ODI March played in 1970 and 1971 seasons, was a game between the two teams. Australia has also been known to introduce the T20 Matches to the Cricket World as the first-ever T20 was played between New Zealand and Australia during 2004-05. Best Part? Australia was the winner of both, the first T20 and first ODI Match ever played.

Australia has promoted the cricket teams to the international level as well as the domestic level too. Teams such as Big Bash League and Australian domestic limited matches are played almost all year round. Most people you see in Australia would be diehard cricket fans and always supporting their team especially when it comes to the home ground matches. From young to old, everyone is always intrigued to talk about this sport. In 2019, the Australian International Cricket team made a record of having 1000 International Wins. Call that an obsession!

Moreover, Australia has been the host of the 2015 World Cup of Cricket. This was one of the most significant events in Australia not just because of the game but also due to the immense economic benefits that arose from this event. There was more than A$1.1 billion spent during the World Cup as well as it helped in the creation of over 8000 jobs. There were also more than 2 billion bed nights between the hosting countries. 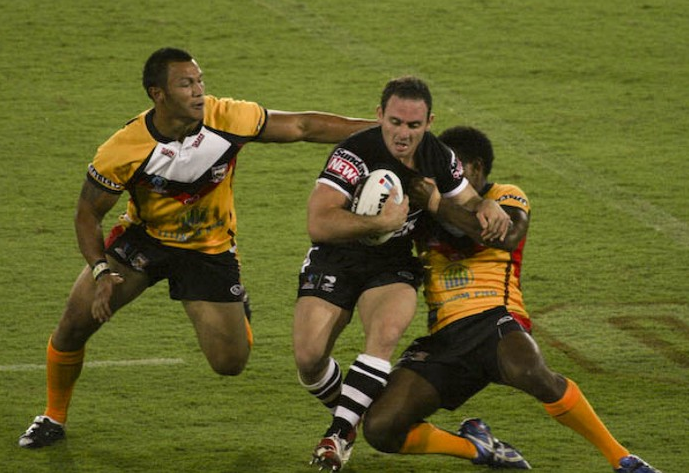 It’s rugby in England and league in Australia which is how the sport got its full name. Although a relatively lesser-played sport than cricket, rugby is still popular among Australia as well as many other countries including France, Tonga, Lebanon, and Fiji. In the Australian continent, it is the most popular sport in Papua New Guinea. Super League and National Rugby League are the premier clubs in Australia.

Rugby league requires the players to carry the ball from one end of the ground to the other end and ground the ball on the opponent’s goal line which would bring a point. Rugby League is known as a full-contact sport mainly because the game is played on a rectangular field that is 68 meters wide and 112 meters long. There are thirteen players on each side. Over the past few years, the rugby league has diversified changes in the rules making the sport a more entertaining one for spectators.

To answer how popular the Rugby League is in Australia, over 4.5 million people were watching the game on NRL by the weekend. Local-level rugby matches are also held by certain organizations and it is a sport played in many colleges and universities too.  Some of the top rugby sports men of Australia include Clive Churchill, Andrew Johns,  Cameron Smith, Brad Fittler, and Arthur Beetson. 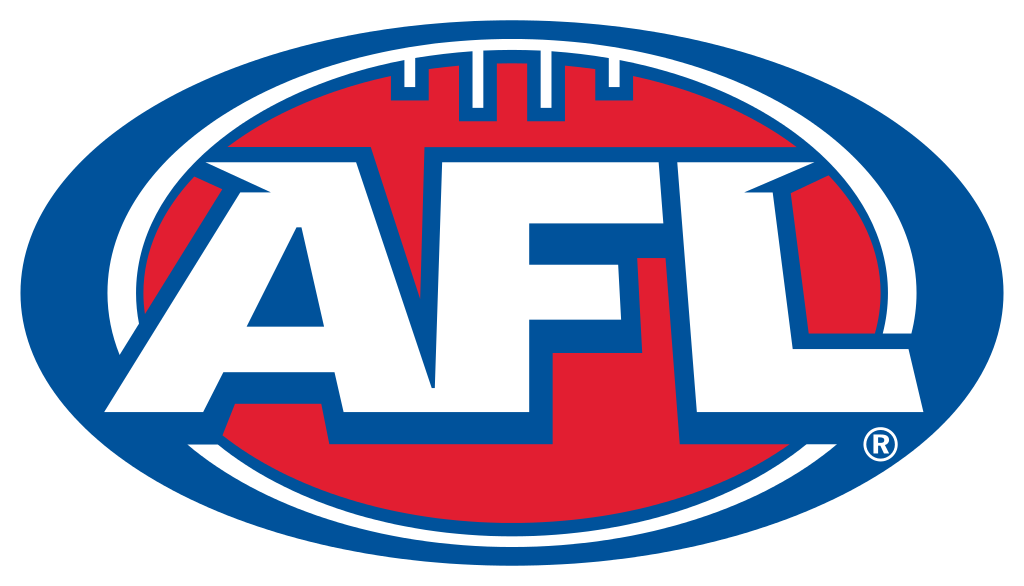 Australian obsession with sports can be estimated by the fact that Aussies have developed their own football game with some rules different from the league football matches played all around the world. Australian Rules Football emerged firstly in 1858 and since then, it has been rising in popularity. In many famous states of Australia such as Victoria, South Australia, and Western Australia, this kind of football is the most-watched sport.

How crazy are Aussies for Football? In 2005, more than 6 million people were attending the Australian Football League matches. AFL is now among the five sports leagues where the average attendance is over 35,000 per game. The TV viewers are over 3 million in many of the games. AFL has been creating a significant impact on the pop culture of Australia as many video games and merchandise have been created and sold in millions. Moreover, AFL is among the few sports which have high gambling too. 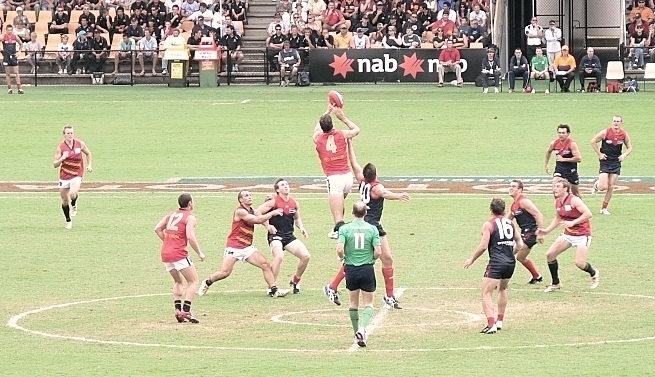 Currently, there are about 18 teams for AFL while the sport is being further promoted to China, one of the highly populated and impactful countries for sports. AFL matches are held every year with the final being played at the Melbourne Cricket Ground. 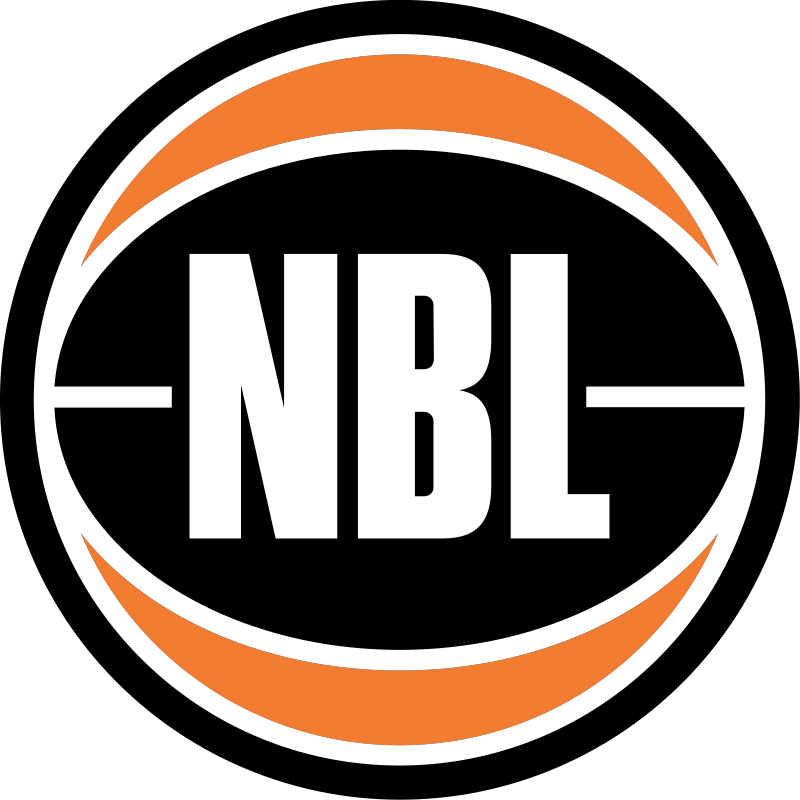 The National Basketball League of Australia comprises 9 teams from the Australian continent with 1 being from New Zealand and the remaining from Australia. Founded 42 years ago, today it has gained popularity by the fans. The NBL gained mass attention from the media and government during the late 80s and early 90s because many teams registered as well as the league got corporate sponsorships which helped in the promotion and development of the sport over many states.

Some of the top players of NBL Australia include Patty Mills, Andrew Bogut, David Anderson, Chris Anstey, Luc Longley, and Andrew Gaze. Many of these players have set records in Basketball with their outstanding skills. Some of the top NBL clubs include Adelaide 36ers, Brisbane Bullets, Sydney Kings,  New Zealand Breakers, Perth Wildcats, and Melbourne United. NBL Matches are held every year with some of the very eye drawing matches.

From the past few years, crowds started to increase in numbers. One main reason for this is the promotion of basketball at school and high school level as well as the availability of basketball courts in many areas. Since a basketball court isn’t that huge, it is easy to accommodate many of them in a particular city. However, owing to COVID-19, the matches were highly disrupted and even the 2020 NBL Finals were canceled for this reason. We do hope that basketball will gain popularity in Australia once again.

The famous sport of Tennis is also among those where Australians excel. Tennis requires two players using a racket and a ball to throw the ball with the help of a racket. Tennis can be played in teams of 2 vs 2 or 1 vs 1. Tennis Australia is the body that manages multiple events and competitions related to Tennis as well as trains the players. It is also affiliated with the International Tennis Federation. Tennis isn’t a sport that excites every Australian but some diehard fans can’t seem to live without the game.

Tennis came around in Australia in 1877 but there was no development in the sport until 1904. The different types of competitions are held by the governing bodies which include Australian Open, Brisbane International, Hobart International, Sydney International, and World Tennis Challenge as well. Some of the top tennis stars of Australia include Alex de Minaur, John Millman, Nick Kyrgios, Jordan Thompson, and Alexei Popyrin.

Tennis has rising popularity in Australia because of the ideally suited climate for playing outdoor sports. Moreover, the tennis clubs and associations are constantly promoting the sport as well as the top stars in the field. The obsession with this sport is so much that approximately 1 million people are currently active players in Tennis. 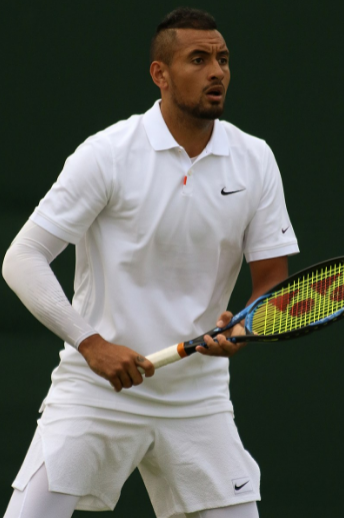 Australia is among the countries which have actively promoted its different important sectors with sports being one of the top ones. Besides the entertainment facilities for the citizens of Australia, many economic benefits in terms of event management, jobs, and revenue are gained. The Australian Associations are constantly trying to further up-bring the level of sports activities all over Australia to gain further such benefits.