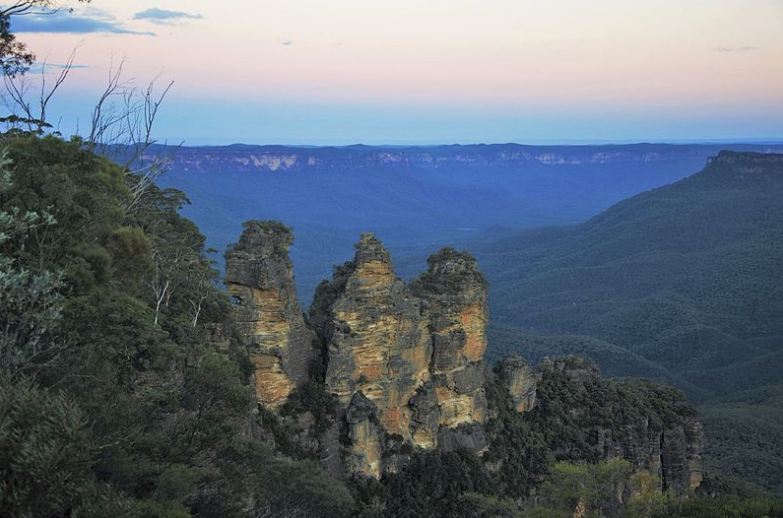 Present between the Pacific and Indian oceans, Australia is the world’s largest island and the smallest continent on earth. With so many places and things to discover and enjoy, Australia has a lot to offer to its visitors. You will be stunned to explore the treasure of the natural beauty this island continent holds within.

If you are planning to visit Australia, beware of having a long vacation as you will not be able to cover all the fascinating places in a short time. Let’s now talk about the major mountain ranges situated within Australia. 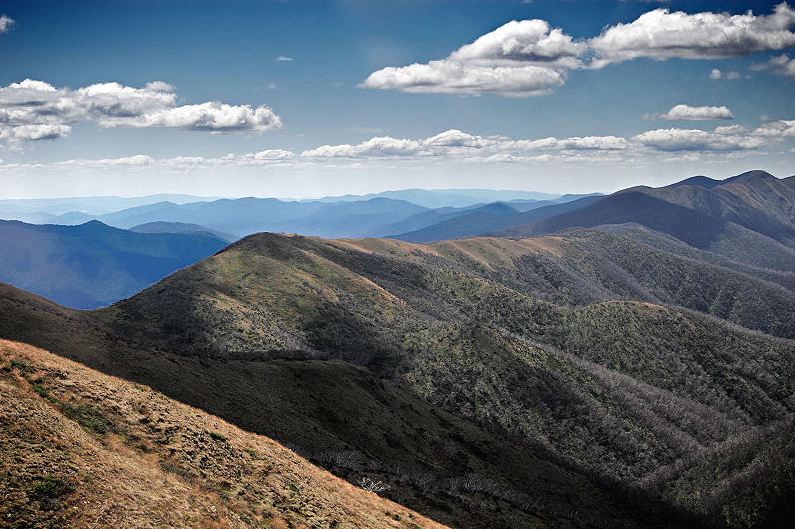 If considered globally, the Great Dividing Range is ranked fifth-longest mountain, with a length of around 3,700 kilometers and width between 160 and 300 kilometers. The Great Dividing Range runs beside the east coast of the country. The mountain range covers the land from Dauan Island to the Grampians. This deviation from the narrow coastal area influences the overall temperature changes of the country.

The highest mountain in this range is called Mount Kosciuszko. It is 2,280 meters above sea level and was named Tar-gan-Gil by the Aboriginals. In 1840, Paul Edmund de Strzelecki visited the mountain for the first time. The annual temperature here varies between 81.9°F to a low of 31.3°F. The mountain range affects the temperature variation and rainfall significantly.

The Great Dividing Range includes some major ranges of Australia like the Snowy Mountains and the Blue Mountains. We will be talking about these ranges in detail ahead in this article. If you cannot climb such a height, you can find several railway tracks in this Range. Some of the known railways include:

Some highways also cross the Great Dividing Range, including: 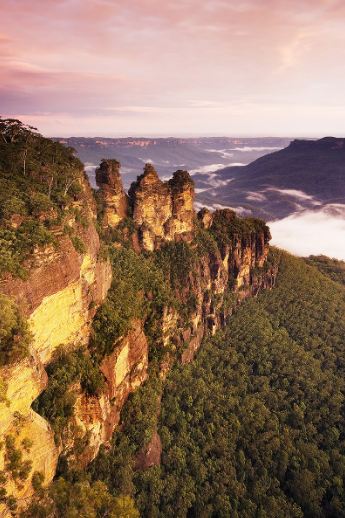 This mountain range will serve as an enchanting place of amusement in any season. Located in New South Wales, Blue Mountains run along the border of Sydney. The Blue Mountain Range is also a part of the Great Dividing Range; thus, the visitors might not identify it as a separate territory.

The Nepean and Hawkesbury rivers surround this in the East, while the Coxs River and Lake Burragorang bounding its west and south borders. On the north, the Mountain Range is lined by the two rivers named Wolgon and Colo.

In the whole range, the Three Sisters is a spot of attraction for visitors. These mountains are named as:

These Three Sisters are visible from the closely held town named Katoomba. An interesting fact about these unusual mountains is that they were formed by land erosion more than 200 million years ago. The volcanoes’ eruptions shaped the underwater land into the three mountains placed side by side.

The Story behind Naming These Mountains

The people of Katoomba believe that Three Sisters named Meehni, Wimlah, and Gunnedoo fell in love with three men from the neighboring village. Back in that era, marriage was not allowed between different tribes. This led to a serious dispute between tribes, and locals claim that the three sisters were petrified by a man who died afterward. His death made it impossible for the sisters to return. Petrification means turning someone into stone.

The Blue Mountains host some annual festivals every year. Various businesses and communities organize these festivals. This range is also home to many schools and churches. Different sports like netball and golf are played annually in the Blue Mountain Ranges.

You will witness the following five waterfalls in the Range:

In the McPhersons, you will see the beautiful peaks, including:

The population of Mount Lindesay was noted to be 3 people in 2016. It is located in the National Park of Mount Barney in Queensland, Australia. Most of the peak is covered within the rainforest, making the weather cold and cloudy most of the year. 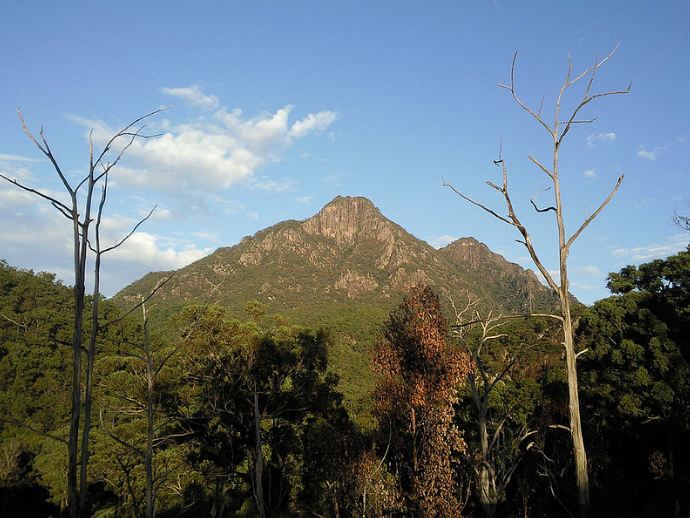 If you somehow manage to start the hike at the McPherson Range, Mount Barney is among the most attractive spots you will witness on your way. It is included in the Mount Barney National Park that was created in 1947.

Australian Alps is home to peaks that exceed 2,000 meters. It is among the highest mountain ranges in the world. Like the rest of the mountains, the Australian Alps are known for their diversity of plants and animal species. It is the one and only place in Australia where you can experience the true alpine climate.

The Australian Alps cover an area of more than 12,000 squares kilometers. The highest mountain is called Mount Kosciuszko that is 2,228 meters long. It is a part of the Great Dividing Range and is made from alternate peaks and valleys.

The Australian Alps do not have any dry season. A portion of the peaks is seen covered with snow more than 4 to 5 months of the year. The annual temperature ranges from 23° to 39° F to as high as 46°F (Source). You will find more than 40 mammalian species in these mountain ranges. Some non-native animals are also found in different seasons.

Noticeable Mountains in the Australian Alps

The Snowy Mountains are known for their extreme diversity in all aspects. This Range is an important part of the Australian Alps that formed more than 400 million years ago. The process of formation included continuous sedimentation followed by erosion. These mountains accommodate icy lakes, including the Blue Lake that is the largest.

This mountain range is present within the Kosciuszko National Park. These parks were formed to preserve the natural resources that were endangered.

If you climb the Snowy Mountains, you will observe the climatic diversity that varies in height. The peaks have an alpine climate. In the winters, heavy snowfall makes the mountains covered in the ice more than 6 months a year. The temperature here averages from 21.2°F (July) to 69.8°F (January).

Victorian Alps are also recognized as the high country. The mountains in the Victorian Alps may not reach higher than 1986 meters from the sea level. The highest mountain in this range is called Mount Bogong.

This was all about the major mountain ranges located in Australia. Due to the great height and area covered by these mountains, it is difficult to hike in this region. However, these elevations of ground above sea level are a great spot to refresh yourself if you have enough time to visit.