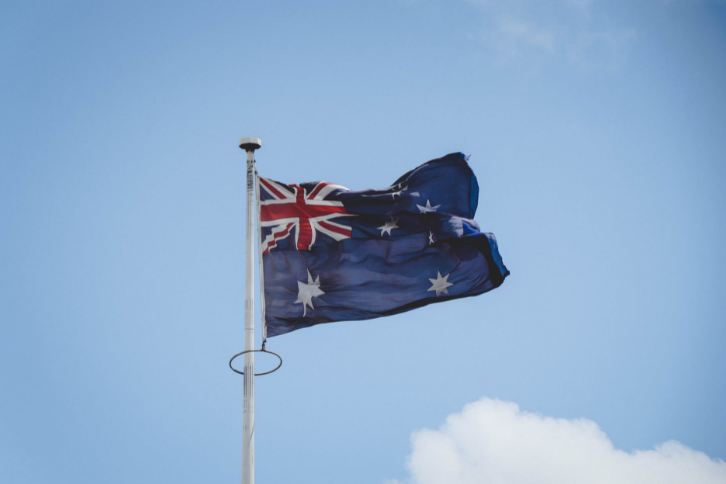 The Australian flag represents a nation that comes from different backgrounds but is united together by their shared ideals and values. The flag consists of the British maritime in the upper hoist quarter, with a blue field consisting of one large white seven-pointed star and five similar but smaller stars.

The Symbols in the Australian Flag 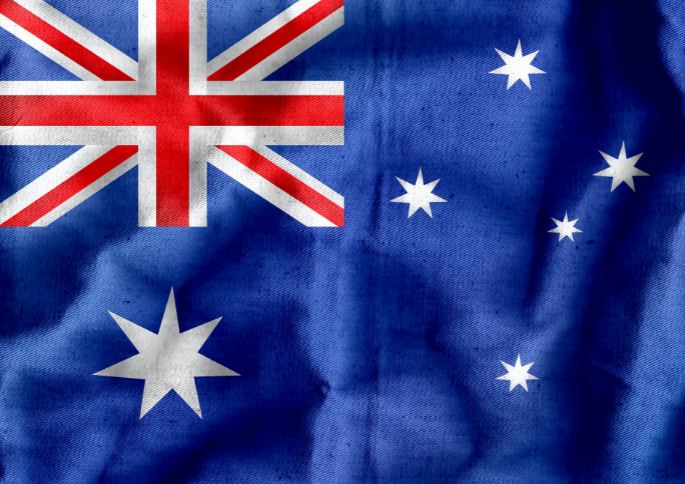 The Union flag symbolizes the history of Australia, i.e., the six British colonies and the principal on which the Federation of Australia was based.

History of the Australian Flag 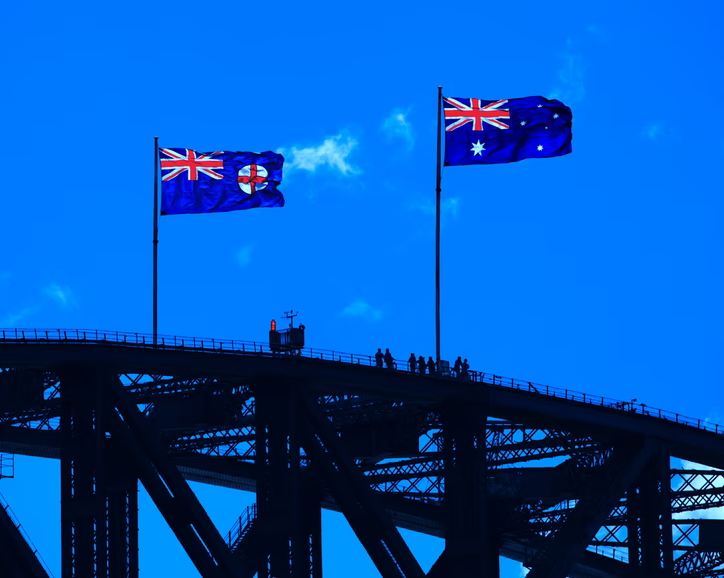 Australia was not always just Australia. Before 1901, the Australia we know today was not one country but six separate British colonies. The Union Jack was first used in Australia when Lieutenant James Cook arrived at Botany Bay on 29th April 1770. Later the Union Flag was again used in 1788 during the beginning of the European settlement of the country.

As soon as the Australian consciousness started emerging, several flag movements also began. Even many unofficial flags were used during that time. Throughout the 19th century, two major attempts were made to design a national flag. The first design was created in 1823 or 1824 by Captain John Bingle and Captain John Nicholson. The flag that these captains designed consisted of a Red Cross on a white background, adorned with four eight-pointed stars on each of the four limbs of the Red Cross.

Among these attempts to create a national flag for Australia, the most popular one was the 1831 Federation Flag, designed by Captain John Nicholson. This flag was the same as the National Colonial Flag; however, instead of red, the cross was kept blue. This flag only got popular in the latter part of the 19th century.

The Eureka Flag is considered the first flag of Australia, as it contained the Southern Cross and excluded the Union Jack. On the other hand, the Murray River Flag designed in the 1850s is still in use by the boats that traverse the main waterway of Australia.

The Federal Flag Design Competition in 1901

In 1900, a flag designing competition was held by Melbourne Herald, for which the prize was set for 25 Australian pounds. The entries were required to include the Union Jack and the Southern Cross to get a British Ensign style flag. However, some critics, including the Review of Reviews for Australasia, thought these restrictions were unfair and unwise.

On 1st January 1901, the new Commonwealth government announced an official competition for the federal flag in April. Out of the 32,823 entries, one entry was made by an unnamed governor of one of the colonies. The older and official competitions merged, and the prize money was raised to 75 Australian pounds. The participants were asked to submit two sketches of their design. One with a Blue ensign for official and naval use and the other with a red ensign to be used by the merchant service and public use. In the end, five very identical designs were considered the winners, and the prize money was distributed among the designers.

The final flag (the current Australian flag) was almost the same as the Victorian flag, and the only difference was of the Commonwealth star. This almost identical design caused critics in the New South Wales Government and the Federal Government to object to the design. The comments passed by these critics were about the flag being “Too Victorian.”

However, even with the critics criticizing the flag’s design, the design was submitted by Prime Minister Barton for final approval. Both red and blue ensigns were regarded as colonial maritime flags by the Barton government.

Protocol of Flying the Australian Flag 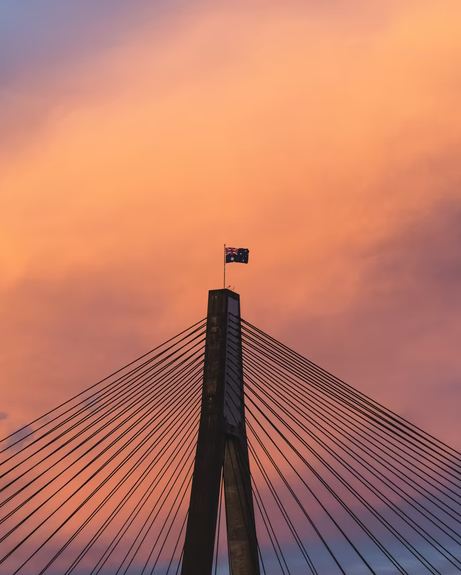 The protocol and guidelines were laid out in the 1953 Flags Act and also in a pamphlet titled “The Australian National Flag.” The Australian government publishes the pamphlet from time to time.

According to the official guidelines:

Other than this, a long list of rules is mentioned in the 1953 Flags Act of Australia.

The Australian flag has a long history; it came into being when five great minds came together and formed almost identical designs for the competition. The Australian government has strict rules for keeping up the dignity and respect of their flag, while the Australian people themselves love their flag more than anything.