In Australia, several major holidays are celebrated throughout the year. Among these major holidays, some are national public holidays, such as New Year’s Day, Australia Day, Good Friday, Easter Monday, Anzac Day, Christmas Day, and Boxing Day. Apart from these, all the other public holidays are celebrated as per the states and territory government. For instance, Queen’s Day, Labor Day, Holy Saturday, Canberra Day, etc.

Major holidays refer to the holidays recognized by Australian Law. On such days, with full paid leaves, all the banks, offices, and shops are closed. (These days do not count in annual leaves).

Note: The dates mentioned below are related to the 2021’s calendar. If any public holidays come on the weekend, they will automatically be declared the following Monday. And these three days are known as the long weekend.

When is New Year’s Day celebrated?

As per the Gregorian calendar, the first day of the year, i.e., January 1st, is celebrated as a public holiday. It is the most widely observed off-day in almost all countries except Israel and some others.

This national public holiday comes after one week of Christmas.

Australia celebrates the New Year because of its specifically close position to the International Date Line geographically.

Some countries celebrate New Year’s on January 14th because they follow the Julian calendar.

What do People do on New Year’s Day?

It is traditionally celebrated with huge firework displays in Sydney and all over the globe at 00:00 in respective local time zones. On average, nearly one and a half million people watch the fireworks display at the Sydney Harbor every year.

For most people, it is the day to rest after a New Year’s Eve Party. Some utilize this day to travel home and spend quality time with their family members. Others who enjoy horse racing can watch or bet on the Perth Cup – a group 2 horse race that occurs on New Year’s Day each year.

Also, it is a great time to make resolutions for the upcoming year. It can either be related to a healthy diet, weight loss journey, or just be a better version of yourself. 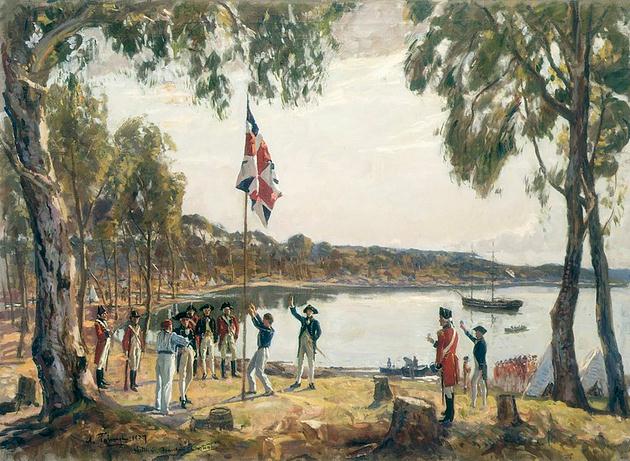 What is Australia Day?

January 26th is Australia’s National Day. In 1788, on this date, the first fleet of British ships arrived at Port Jackson, New South Wales, and the flag of Great Britain was raised by Captain Arthur Philip.

If Australia’s Day falls on Sunday, then the following Monday in every state and territory of Australia will automatically be the holiday for the general public. Being a day-off, all the schools and almost every business remain closed.

What Do People do on Australia’s day?

On Australian Day, ceremonies are held to welcome those immigrants who are given citizenship of Australia. These are often known as Australian Citizenship Ceremonies.

Apart from this, the majority of the citizens utilize the day to have fun either by barbecue parties, going to outdoor concerts, or by playing or watching games.

Within Australia, this day is celebrated in different ways. For instance, boat races (including the ferry race and the tall ships race) are common in Sydney, while in Adelaide, National Day is celebrated with a parade, concert, firework displays, and a cricket match. 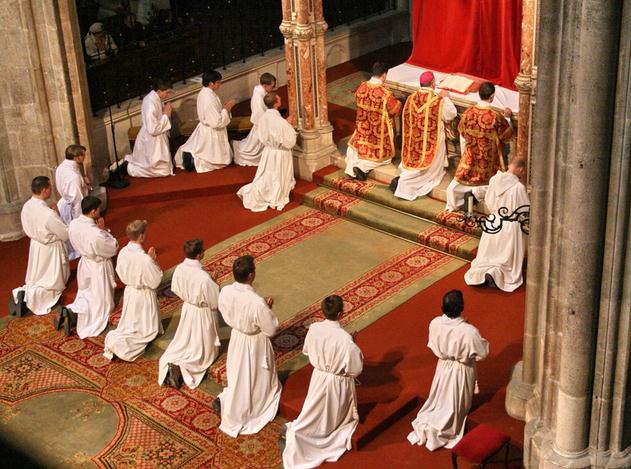 When and what is Good Friday?

The Friday before Easter is observed as a religious and national holiday in many countries, including Australia. It is the day that recalls the crucifixion and the death of Jesus Christ. It is a day of mourning for Christians on which they meditate on Jesus’ sufferings and death on the cross and what this means for their beliefs.

What are the Good Friday Traditions?

Different churches across the country mark the day in variable ways. Members of some churches, especially Catholic Churches, only eat three small meals and, sometimes, no meal at all. Many churches hold special services held in the afternoon to recall the hours when Jesus was crucified on the cross.

In some other churches, a small ceremony – Veneration of the Cross take place in which Christians kneel before the cross and vow their beliefs. 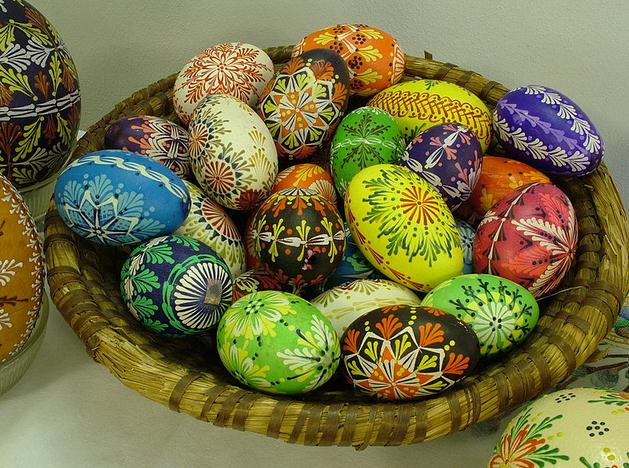 What is Easter Monday?

Easter Monday is a Christian public holiday in Australia. Earlier, Easter was celebrated for the whole week, but later in the 19th century, it was reduced to a one-day celebration.

Easter marks the finalization of Jesus Christ’s resurrection and is the busiest and most anticipated weekend of the whole year. Before planning a trip to Australia during Easter days, keep in mind this is the busiest time of the year.

In Europe and South America, this day is often called “Little Easter” and is termed “Monday of the Angel” by the Catholic Church.

What do People do on Easter Monday?

Easter Monday is usually the day to end many fun festivals held during the long weekend.

The common music festivals on Easter Monday include the National Folk Festival, the Byron Bay East Coast Blues, Roots Blues fest, the Australian Gospel Festival, etc. On the other hand, the Stilwell Easter Gift athletics competition, the Easter Racing Carnival in Sydney, and the Brisbane to Gladstone yacht race are some of the large sporting events that end on Easter Monday.

Many people enjoy eating Easter Eggs received during the weekend and spent their day with friends or family, carrying out routine home maintenance. 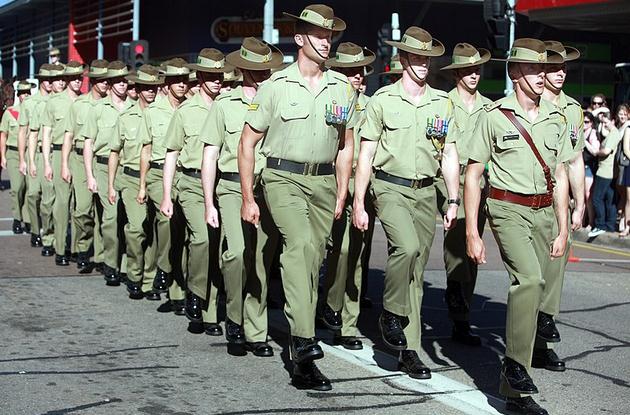 What is ANZAC Day in Australia?

ANZAC is the abbreviation of “Australian and New Zealand Army Corps.” The soldiers in these forces are known as Anzacs.

April 25th is undoubtedly Australia’s most recognized national occasion. On this day, during World War I, the armed soldiers landed from Australia and New Zealand on the Gallipoli Peninsula, Turkey.

This is the day to remember the bravery of all the troops who participated in this campaign and remember the lives of those who passed away during their military actions.

How is ANZAC Day Celebrated in Australia?

On April 25th, the Commemorative services are held at the exact same time as that of the original landing, which is sunrise. While the current and the ex-military personals from different cities and towns get together in marches during the remainder of the day.

It is a public holiday to review different meanings of war. For this purpose, all the Commemorative ceremonies, parades, and other activities are held at war memorials throughout the country.

Another important aspect of the ANZAC Day is the dawn prayer or church services to represent the brotherhood with the soldiers, as they experienced waking up each morning to prepare themselves for the military actions.  After the dawn prayer, gunfire breakfast is often served.

In many ceremonies, the fourth stanza – The Ode, of a famous poem “For the Fallen” is read aloud to commemorates those who die and can never grow old.

When and what is a Christmas Day?

December 25th is the occasion for Christians to celebrate the birth of Jesus Christ. It is estimated that over a billion people (which makes almost a third of the world’s population) celebrate Christmas Day.

According to the tradition, the nativity of Jesus Christ took place on Dec 25th, 1 BC. It is marked as a holiday in most countries around the world. On this day, people treat each other with gifts, special meals and decorate their houses.

If it falls on a weekend, either Friday or Monday, the nearby weekday will be taken as an off-day.

What do People Do on a Christmas Day?

Weeks before Christmas, people start decorating their houses, usually with a pine tree covered in trinkets, tinsel, and fairy lights in red, green, and gold. While the outdoor Christmas decorations include amazing displays of light and color.

It is an exciting day for the kids as their mythical figure, Santa Claus, will provide gifts in stockings or under the Christmas tree.

Traditionally, many people eat a special meal, Christmas Lunch, together with large family groups. The main course of the lunch consists of a roast turkey, ham, and vegetables. While the dessert consists of fruit mince tarts and steamed puddings. But in modern days, many Australians prefer to hold a barbecue at the beach or prepare a meal of cold meat and seafood. 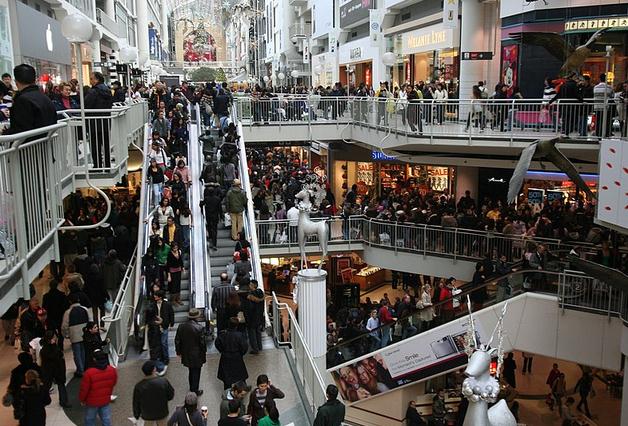 When and where is Boxing Day Observed?

The day after Christmas is observed as a public holiday in 5 states, 3 external territories, and 2 territories of Australia. It is celebrated as a part of the Christmas Holidays and is a day-off for the general population, and schools are kept closed.

The holidays mentioned above are some of the major holidays observed throughout Australia. Other than the national off-days, a number of other holidays are celebrated as per the states and territory government. For example, Queens Birthday is celebrated as a state holiday in Queensland on October 4th, Self-Determination Day is observed as a general public holiday in Coco’s and Keeling’s Island on April 6th.