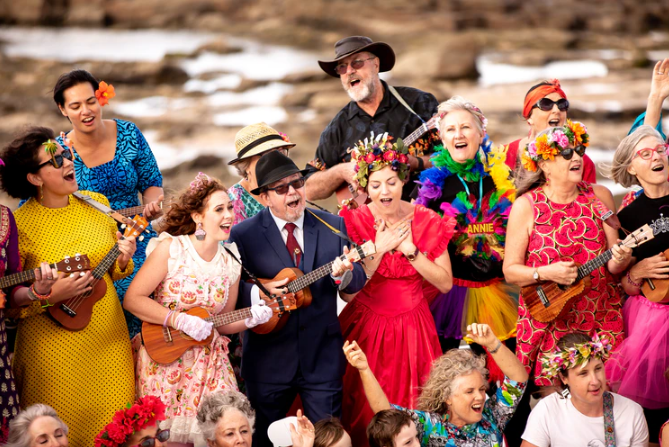 When Abraham Lincoln said, “do not believe everything on the internet,” his statement could not be more false because the internet was not even invented during his time. We see all kinds of stuff over the internet that gets viral within seconds. Some of it is truly authentic and needs to be spread, while others are nothing but a bunch of rumors and fake edits. Australia is notorious for the same thing – dangerous animals crawling everywhere.

Every geographical location has its own set of natural elements. There are poisonous plants, wild animals, and even diseases that are specific to a region. Simply labeling Australia as a dangerous country to live in would be unfair and illogical. It should be evident that the sheer size of Australia is enough evidence for the diverse living beings that live there.

Australian cities have been ranked as the world’s most livable cities. The government and local management systems are playing their role to ensure the safety of its citizens. As opposed to the viral videos, there is little to be afraid of while living in Australia.

If you plan to visit Australia or are new to the country, there are a few things that you should be careful about. After all, it is a foreign land, and it is better to tread carefully than to be sorry later. 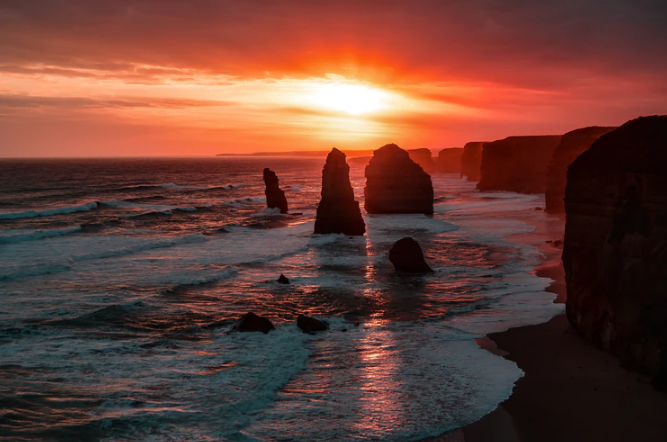 The depletion of the ozone layer above the atmosphere of the Earth is an unfortunate phenomenon. Due to global warming and excessive pollution, the layer is thinning at an alarming speed. Being on the literal other side of the globe, Australia is right under a very thin layer of ozone that has become a hole over time. This hole in the ozone layer is responsible for the extremely harsh rays from the sun throughout the year.

You are sure to get a third-degree sunburn if you spend 10 minutes under direct sun. This is also one reason that the rate of skin cancer in Australia is higher than in most countries. To keep yourself safe, using sunblock is a necessity in Australia. It is better to avoid being in the sun altogether, but you must cover yourself with a good sunblock generously if you must. 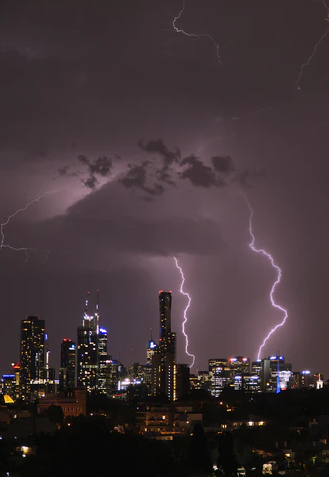 Australia has that all-sunshine vibe to it, but a good part of it is tropical. It gets wild storms and cyclones every once in a while. If you happen to hear a storm warning on the radio, it is better to stay indoors. Storms can get ugly real quick. It’s a bad idea to drive on slippery roads or be near water bodies. 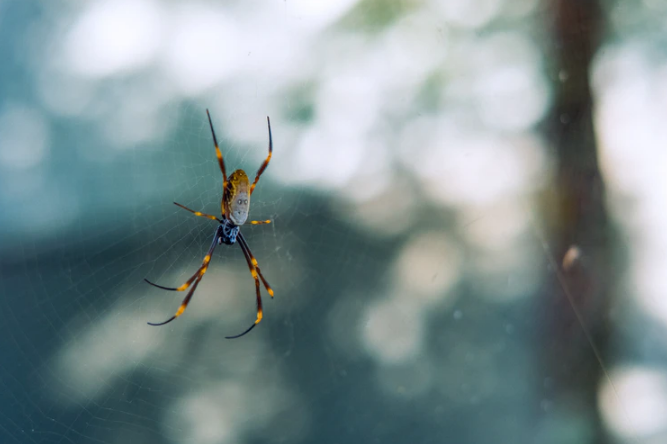 Yes, Australia has many creepy crawlies that will scare you, but your chance of ever encountering one is quite slim. It is true that Australia has a large number of dangerous venomous snakes. But the good thing is that these snakes are not people-friendly. They like to keep hidden in their homes away from the cities. Snakes have powerful senses, and they can quickly know if a human is near them. It is improbable that you will ever get a snake slithering towards your house. If you are off for a hike and see a snake in its natural habitat, back off slowly and thump your feet loudly. Believe it or not, these wild creatures are not interested in humans.

Similar is the case with spiders. Although some species of spiders look horrifying, most of them are harmless. Take the example of the huntsman spider. They are big and hairy, but they don’t bite humans. On an off chance that you get one in your home, just scoop it outside, and you’ll be good. In fact, huntsman spiders feed on other creatures like lizards and other insects that could be bothersome to you. 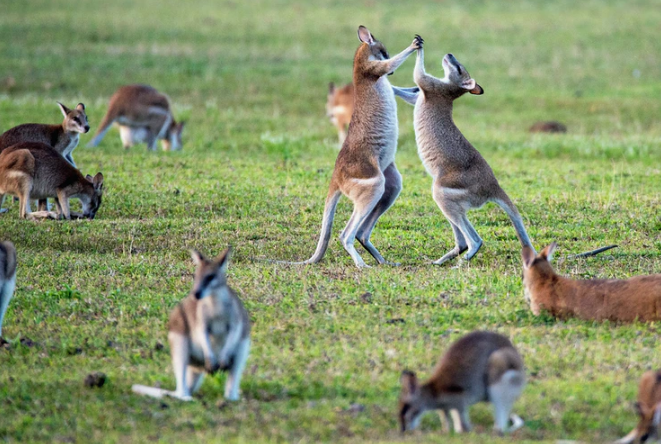 Among many other marsupials from Australia, kangaroos might be the cutest one. They are big but cute and hop around happily. You might get a sudden urge to pat them or even hug them, but we can assure you that’s not a good idea. First of all, you won’t find any kangaroos hopping around in the streets. They are found in their natural places and wildlife zoos.

Even if you find one while wandering through a remote area, observe their beauty from afar. Do not approach them, or they might attack you if they feel any danger. You don’t want to get yourself knocked out by a kangaroo now, do you? 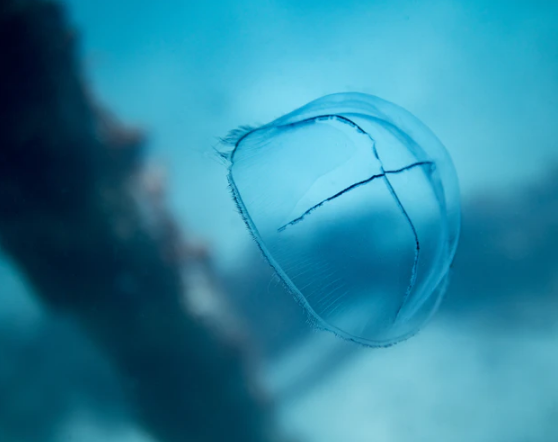 Australia is home to many sea creatures, including sharks, stingrays, and jellyfishes. If they are so dangerous, how come Australian beaches are famous worldwide, and millions of people swim in the sea every year? This is because the Australian government takes the safety of its citizens very seriously, and there are professional coast guards almost everywhere on the beach.

This does not mean that you can’t come across sharks and stingrays while swimming. Most of them are harmless and would swim away upon seeing humans. But it would be best to avoid swimming in areas where sharks are often seen. For this reason, you will find signboards around such sites, and of course, it would be foolish to ignore them.

Most Jellyfishes found in Australian waters are harmless. The box jellyfish and the Irukandji type are the only ones that can be dangerous, but they are seen in the Northern regions between November and May. On other surfing beaches, you may occasionally see those annoying bluebottle jellyfish. They can sting a bit if they come in contact with the skin, but they are not dangerous. In case you get stung, wash the area with seawater and then with hot water. 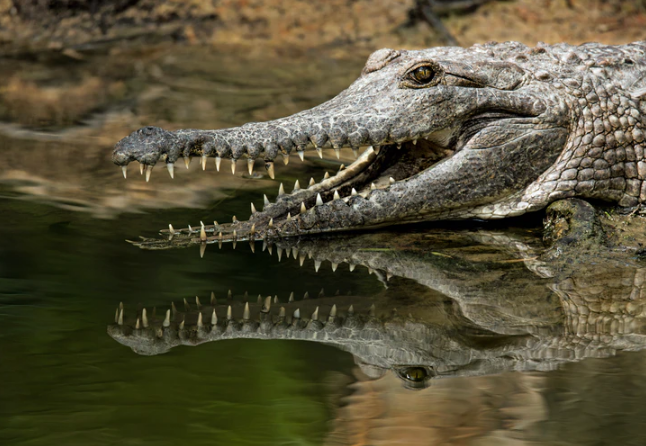 Like Kangaroos, you won’t find any crocodiles running casually around your house. Australian crocodiles are primarily found in the northern tropical regions only. There are two types of crocodiles in Australia – the saltwater crocs and the freshwater ones. None of them are found in places that humans frequently visit, and authorities keep moving them to their natural habitats if they ever visit.

To be on the safe side, avoid swimming in random water bodies. There are many patrolled beaches that have flagged pathways for swimming. Follow the flags, and you will be out of crocodile danger.

The rumors spread like wildfire faster than the truth. Just because a piece of land is far away and is home to many species doesn’t mean it is dangerous to live there. Precautions should be taken anywhere you go. Natural phenomena are everywhere, and you have equal chances of getting caught in them as any other country.

Australia is a great country that offers so much to its people – good-paying jobs, great food, nail-biting sports, you name it! Therefore, it is absurd to say that Australia is a dangerous country based on a few viral videos. Take the leap of faith, and you will be surprised to know how much fun Australia is.