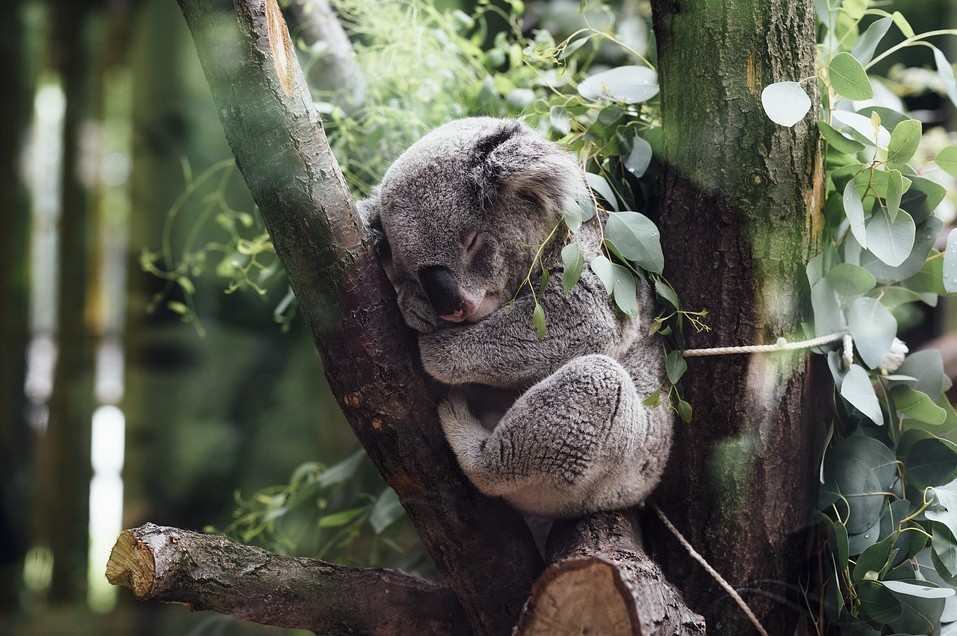 Koalas are the most famous animals of Australia and are well-known around the world. They are a popular attraction in Australian zoos and wildlife parks. Like all Australian animal species, Koalas were an integral part of Aboriginal culture and feature in many of the myths and legends.

Since koalas get most of their water from gum leaves, the word “koala” is derived from an Aboriginal word that means “no drink.” Koalas at that time were a readily available food source for the indigenous people when they were in abundance, which was before the arrival of the Europeans’ first fleet in 1788.

The species first evolved on the Australian continent about 45 million years ago, when Australia slowly drifted towards the north, eventually splitting from the Antarctic landmass. They have featured in many ads, games, cartoons, and even made into toys.

The History of Koalas 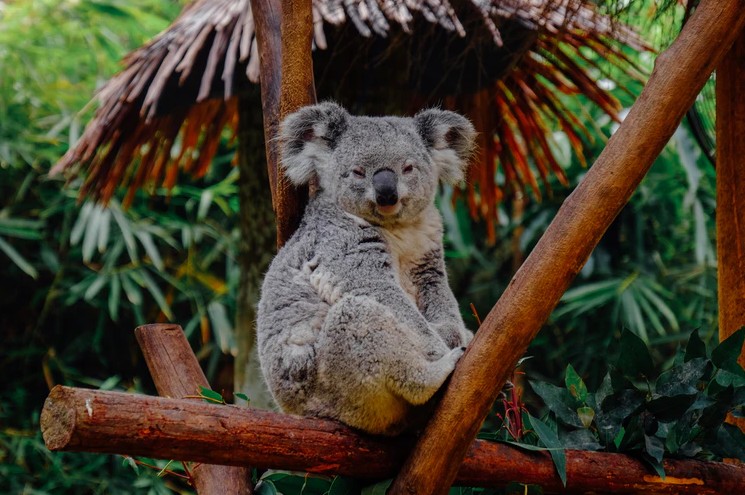 There were far more koalas in Australia at the time of arrival of Europeans than there are now. Most of the koala bushland was cleared for farms, towns, roads, mines, and logging due to the European settlement in 1788, leaving many of these species without food. People killed and hunted koalas for their fur, and some consumed them as meat from the early 1800s to the 1920s.

The first European, John Price, recorded the Koalas on January 26th, 1798. He explained on account of his trip to the Blue Mountains near Sydney.

Francis Louis Barrallier, a French-born explorer, first saw the animal in 1802, when his two Aboriginal guides, returning from a hunt, brought back two koala feet that they wanted to feed. Barralier kept the appendices and notes and then sent them to Hunter’s successor, Philip Gidley King. He forwarded them to Joseph Banks. Barralier’s observation, just like Price’s, was not written until 1897.

The first records of a live koala capture appeared in the Sydney Gazette in August 1803. Within few weeks, the Flinders’ astronomer, James Inman, bought a specimen pair for live shipments to Joseph Banks in England. They were slightly larger than the Wombats.

These experiences helped the King in commissioning the artist John Lewin to paint the animal in watercolor. Lewin created three paintings, one of which was later printed in George Cuvier’s Le Règne Anima and other European works in natural history.

In 1803, Robert Brown wrote a detailed scientific description of koalas, based on a female specimen caught near the place known as Mount Kembla in “New South Wales” Illawarra district. Ferdinand Bauer, an Austrian botanical illustrator, drew the animal’s skull, throat, feet, and paws.

Brown’s work, however, went largely unnoticed since his field books and notes stayed under his custody until his death when they got passed down to the British Museum in London. They were undiscovered until 1994, and Bauer’s koala watercolors also remain unpublished until 1989.

Everard Home, a British surgeon, mentioned information about the koala based on eyewitness reports of William Paterson, who had befriended Brown and Bauer during their stay in New South Wales. Home gave the animal a scientific name in Didelphis Coola after publishing his findings in the journal Philosophical Transactions of the Royal Society in 1808.

Later, people discovered that the koala was not a bear at all but rather a member of a specialized group of animals known as marsupials that gave birth to young ones and held them in a pouch. You can find many marsupials in Australia and Papua New Guinea.

The influential artist John Gould in his three-volume work, The Mammals of Australia, illustrated and presented the koala and other members of Australia’s little-known animal population to the general British public.

In the 1840s, English naturalist and Zoological Society of London curator George Robert Waterhouse correctly identified the koala as a marsupial. He noticed the similarities between a koala and its extinct relatives Diprotodon and Nototherium, discovered only a few years earlier.

Similarly, when comparing the koala to its ancestors in his 1871 book “The Mammals of Australia,” Gerard Krefft, founder of the Australian Museum in Sydney, observed evolutionary processes at work.

The first living koala arrived in Britain in 1881 and was purchased by The Zoology Society of London. According to the society’s lawyer, William Alexander Forbes, the animal died by accident when the heavy lid of a washstand fell on it, and it was unable to free itself.

Forbes took advantage of the opportunity to examine the fresh female specimen. This allowed him to provide detailed anatomical information on the female reproductive system, the brain, and the liver – that Owen, who had access only to preserved specimens, had not previously identified.

In 1884, the Scottish embryologist William Caldwell, best known for discovering the platypus’ reproductive mechanism, explained the uterine development of the koala.

He demonstrated this new knowledge by gathering necessary details on koalas and presenting a convincing argument to put the koala and the platypus into an evolutionary time frame or, in other words, creatures susceptible to evolve and change.

In the series of publications on the physiology and anatomy of Australian mammals, anatomist Richard Owen presented a paper on the anatomy of the koala to the Zoological Society of London in 1921.

In 1997, half of all Australian visitors, especially those from Korea, Japan, and Taiwan, sought out zoos and wildlife parks; approximately 75% of the European and Japanese tourists ranked the koala as the most important animal to see.

In 1998, koalas were one of the main reasons for the rise in national tourism, resulting in more than a billion Australian dollars, which has since gone up.

Many people were outraged at the hunting and killing of koalas. They protested against the government in safeguarding the koalas.

Finally, after much effort and consideration, koalas have been put under the vulnerable status under the EPBC Act (Environmental Protection and Biodiversity Act) 1999. This act protects the koalas nationwide and safeguards their well-being, considering them endangered species. Subsequently, hunting or killing them has been deemed illegal by the law.

Koalas are one of the most famous and unique animals in the world. They date back to the indigenous people of Australia and are one of the country’s main tourist attractions. Due to the widespread hunting and killing of koalas, they’ve been put on the conservation list and are considered endangered animals. If you get a chance, don’t miss the chance to check them out and see for yourself what makes them unique.